Regie Gibson in The Boston Globe 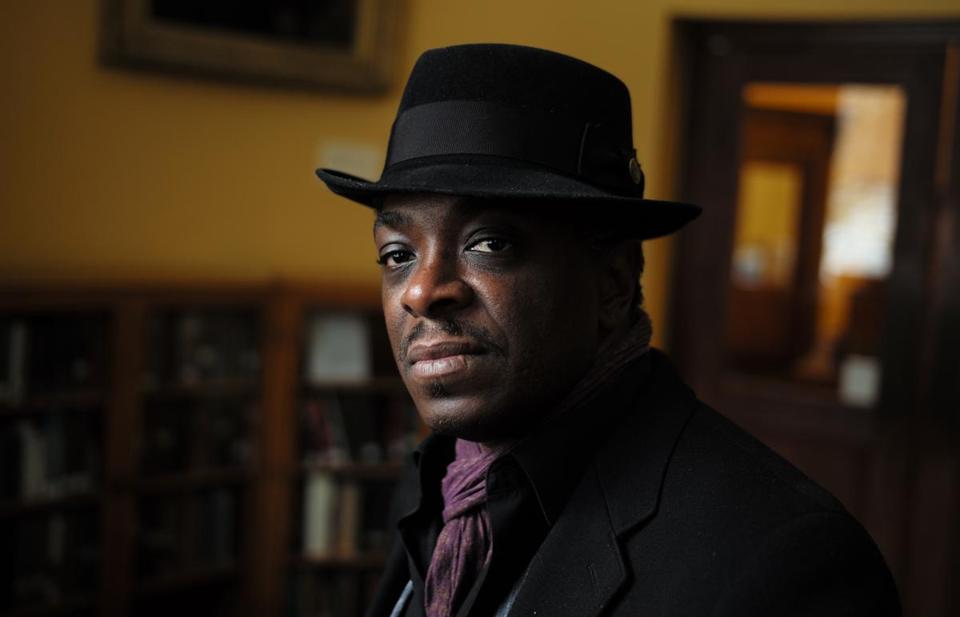 Recently, The Boston Globe did an article featuring BEI Emeritus Fellow, Regie Gibson! They discuss Regie’s poetry, style, and making a living as being a poet. Check out the article below written by Cindy Atoji Keene.

“I was born in the Delta where the heat is swelter. I am the blues.” — REGIE GIBSON

Regie Gibson has been called “a hard cat to pin down;” talking to him is like rapping with a poet. As indeed he is. The Lexington resident has a lengthy list of accolades: A former National Poetry Slam Individual Champion, he has been featured on HBO’s Def Poetry Jam, nominated for a Boston Emmy, presented at several TEDx events, and just concluded as the poet-in-residence at the Museum of Fine Arts and the Lexington public library.

An African-American, Gibson allows that being a black man who writes poetry can work in his favor — but, “only once I’ve proven I’ve got the goods.” Just don’t expect the pensive, insular poet. “I do enjoy breaking stereotypes — not that I can’t be quiet and bookish, but I do think it’s necessary to show you can be manly and still be vulnerable and speak of matters of the heart,” said Gibson.

Gibson will wear three-piece suits with French cuffs and ascots to poetry readers, and often carries the first dictionary ever given to him, by his uncle at age 7. The Globe spoke with Gibson about making a living as a poet.

“Anyone who writes poetry is a rarity. Poets are always in the minority of any given population. Where I grew up in Chicago – a place I lovingly refer to as the French hamlet known as Le’ Hood – the ability to speak engagingly was very respected. Every preacher, pimp, politician, and street hustler knew how to ‘spit their literature,’ as we would say. But in my community no one was foolish enough to try and make a living using words.

“I think I am unusual in that I was too stupid to do anything else. I was born in Tchula, Mississippi, and grew up in Chicago. My great-grandfather was a caller for the railroad and my first inspiration. This uneducated, illiterate man had a sense of the poetic with his sing-song rhythms. This, among other experiences, I believe, set me on the path to poetry. I lived in a rough neighborhood on the west side of Chicago.

“For a bit, I fancied myself as a member of a gang and did stupid teenage stuff like breaking windows but it never sat right with me. I fixed vehicles for a while, then worked for an armored car company, but even then, I was reading and writing poems on my lunch breaks. I started performing, traveling, and going to workshops and then earned my degree in poetry. There’s some degree of animosity between stage and page – the belief that if you perform you can’t publish, but I do both oral and writing.

It’s difficult to earn a living strictly as a writer of poetry, but I teach at Clark and Emerson, have poetry residencies at cultural institutions, write and deliver sermons, compose original poems for weddings, and perform at clubs. I’m also lead singer for Atlas Soul, a world music and global funk ensemble. Through the years I’ve encountered people who seem surprised at the subject matter I’ve explored – opera, science, art, Shakespeare, ancient Greece – and seem to be surprised at how articulate I am. I think of my work as a taxonomy of human experiences. Now I’m married to a teacher, we have two children, and I’m living in Lexington. I met her almost 20 years ago at Longfellow Hall on Harvard’s campus. She came to a poetry reading and we started talking. Our relationship works because she doesn’t write poetry!”