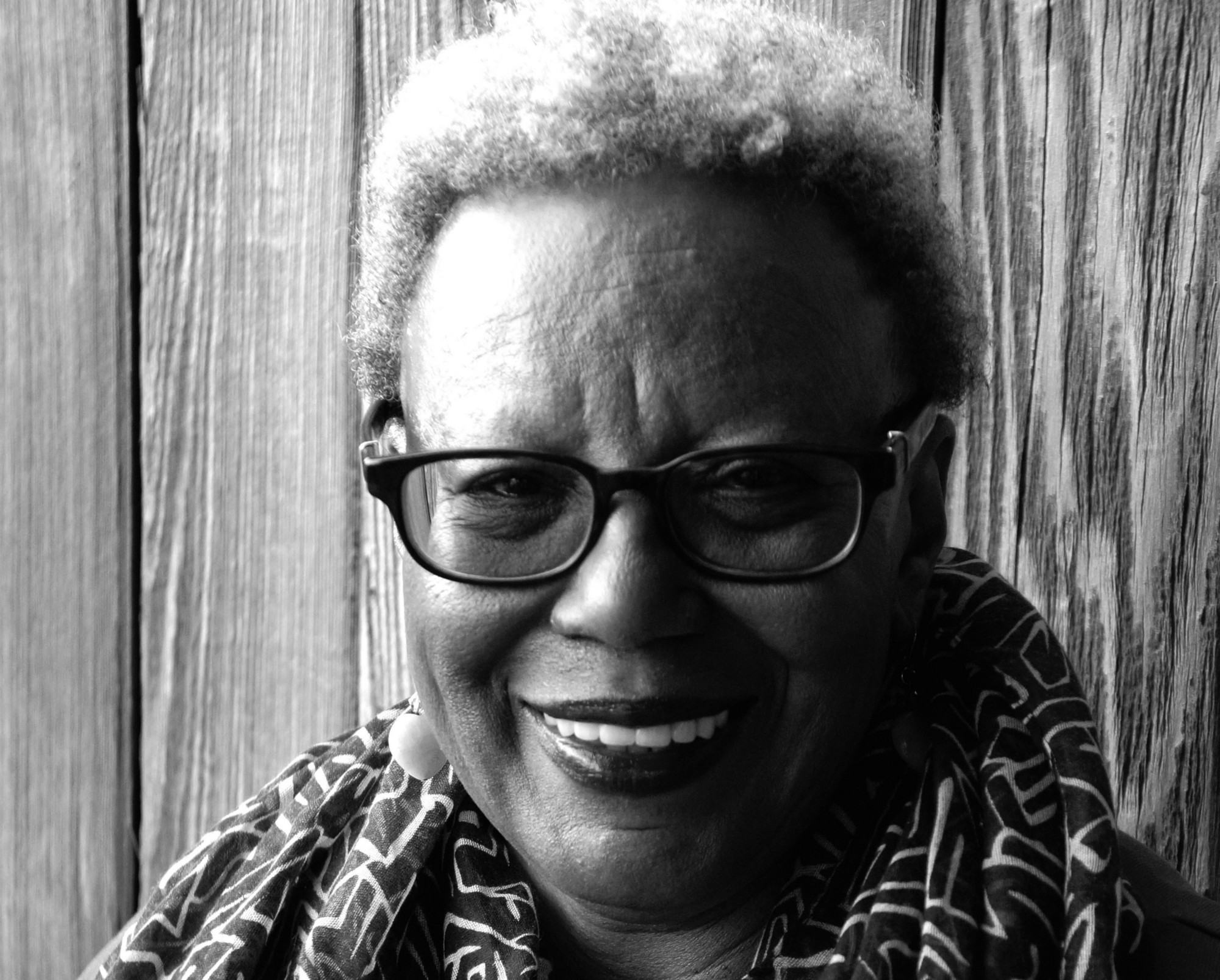 Back in October, Patricia Spears-Jones, BEI Senior Fellow, had an article in Electronic Lit entitled “The Poetry of Black Women Shows Us How to Move Forward”. As we take the time to reflect on the past year, it is important to remember works that we are proud of.

Recently, I learned of the powerful life and poignant poetry of Pauli Murray, a Black Lesbian activist, lawyer, co-founder of NOW, and one the first ordained women priest in the Episcopal Church. “Hope is a bird’s wing/broken by a stone. . . . Hope is a song in the weary throat” are lines from her signature poem “Dark Testament,” written during the height of the Depression. That 8th section ends “Give me a song of hope and love/And a brown girl’s heart to hear it.” Her struggle against racism and sexism, what she named “Jane Crow,” is one of the reasons we can come together and consider how to make change in a truly awful period in this nation’s history, indeed around the globe.

The difference between poetry and rhetoric
is being ready to kill
yourself
instead of your children.

Those words start one of Audre Lorde’s most difficult poems, “Power.” As with Murray, Lorde honed a poetics that explored the harshest realities in our society. What a stark paradox she sets up (which is poetry, which is rhetoric) and why suicide or murder? Her anguish, her anger crystallized into poems that at first glance seem understandable (or as my students would say “relatable”). But then, you re-read them, and find yourself twisting and turning in the center of the hurricane’s eye. The poem ends in a presentiment of violence. Too often, our days start and end with presentiments of violence carried out by agents of the state: police officers, ICE agents, et al. Life in these United States demanded her warrior heart, her poet’s mind.

While Lorde offers us an armor of anger, we need, as Murray’s poem requests, our songs and we need to be able to sing them. Dwelling in the house of rage leaves the inhabitants scarred, wounded, exhausted.

We need to think about power just a bit differently. What happens when we have that power — when our ideas, our programs, our voices are central to the discourse, not adjacent or alternative to? How are we to be different?

The segregated, homophobic, and misogynistic world that Murray grew up in, and later Lorde encountered, as we can now see in those who now hold political power in this cultural moment, continues. But Murray and Lorde and June Jordan (throwing up all the Black queer women here) left us with tools, not only of resistance, but persistence. They knew struggle, but more importantly, they knew joy. Their work as poets and activists help create diverse and inclusive communities. It is how we use our authority or how we disperse it — that is key to expanding and exploring new paradigms of power. How are we ethical in our communities — what does welcome really mean as established organizations continue to expand their reach; how are the new opportunities impacting organizations created to develop and uplift specific communities? These are new questions, ones barely anticipated in, say, the 1970s.

If power is about acting and doing on behalf of creativity, generosity, openness, a liberality of consciousness that may arise from any individual or group making work, then turn it on. If we find new ways to collaborate, circulate, create in our cultural production, we may begin advancing a different and more humane vision of a world where the struggles involve choices for the songs we want or need to sing, instead of self-annihilation or the destruction of children or our environment not even in the imagination.

If we find new ways to collaborate, circulate, create in our cultural production, we may begin advancing a different and more humane vision of the world.

White male privilege and patriarchal power has been on full display in the past few weeks, indeed the past few years, and poetry has begun to spin a language that considers the emotional center of this political theater — much as Sophocles and Euripides did 3,000 years or so ago. I kept writing “the boys’ laughter/the judge’s tears” after hearing Dr. Ford’s testimony. #BlackLivesMatter to #metoo, those phrases erupt our language and define and spur action, demands justice, promote that paradigm shift — more phrases of outrage will come. And that is power.

So how will we wrest power, or more importantly craft that new paradigm of power? As someone who worked for the Heresies Collective in the 1980s, I know how difficult it is to a) work collectively and collegially and b) to come to consensus. It is a model that allowed diverse voices to enter the discourse. It took time. It was often difficult — but the publications that ensued are now foundational. That all voices must be heard does feast on time. It was a privilege to be part of the difficulties. Because patriarchal power works by limiting or bestowing privilege, we should consider how to change the notions of privilege as well. Transparency is often demanded, but even an era with so much of our lives on display, who knows what and how it is shared continues to be a purview of the few and far between. Social media is a tool and a resource — it cannot replace real-life community. We have privileged the conversations in social media over our own face to face communications. We should remember how important it is to meet and work together as is done within organizations when we use our time together as wisely as possible. That is a privilege, and privilege is something we gain and, like power, something we can easily lose.

Because patriarchal power works by limiting or bestowing privilege, we should consider how to change the notions of privilege as well.

We have the opportunity during these terrible times to consider what ground we truly walk on. We are two to three generations of American citizens who have not lived under legal segregation. We are the first generation where the rights of gay people are more codified. We are a generation in which women are fully present in the work force. But, we all know that these important gains are under assault and even more MUST BE DONE. And this is not just about politics. How are we to fashion our idea of a functional future if we do not start to imagine it. When I read Pauli Murray’s memoir “Song in the weary throat” what amazed me was that she never stopped thinking and fighting for full equality for Black people. She may have been the first Black woman to apply to University of North Carolina when it was totally segregated—yes, they rejected her, and she was probably the first Black woman to apply to Harvard Law which had only male students — they rejected her too. She knew what the outcomes would be, but she knew that sooner or later things would change.

We need that kind of desire to see that the work being done now—both in resistance to the nationalist, capitalist, white supremacist, misogynist old world order currently creeping towards some new section of the Inferno, leads to more of what Murray, Lorde, Jordan sought for us. We must make the most of the power we have here and now, and when you leave, gather as many ideas and hugs as possible. If a new world is coming, then let us use our power to shape it and the privilege to leave those forms to those who follow. As we take the outrage, the anguish and the joy, that these and other revolutionary poets have given us. This has been your time to feast on the power of language and the people who make best use of it. It is a privilege to engage with this world in thoughtful, ethical and caring ways.

It is a privilege to engage with this world in thoughtful, ethical and caring ways.

Every barrier that is placed in our way can be torn down. Building communities that seek to bring out the best in all of us, now that is a privilege and poets are builders — we bind so many people together in ways that often seem impossible. Looking at Murray, Lorde, Jordan and their peers, we can see how they were able to do what you’re doing here — meet others who sought a world of greater love, collaboration, creativity and learning even as they recognized the hatred, violence, war mongering, exploitation and environmental degradation at the heart of the American Dream. We are in a slightly different place, but those apocalyptic horsemen keep riding. We can hear them. But we can hear that brown girl’s song.