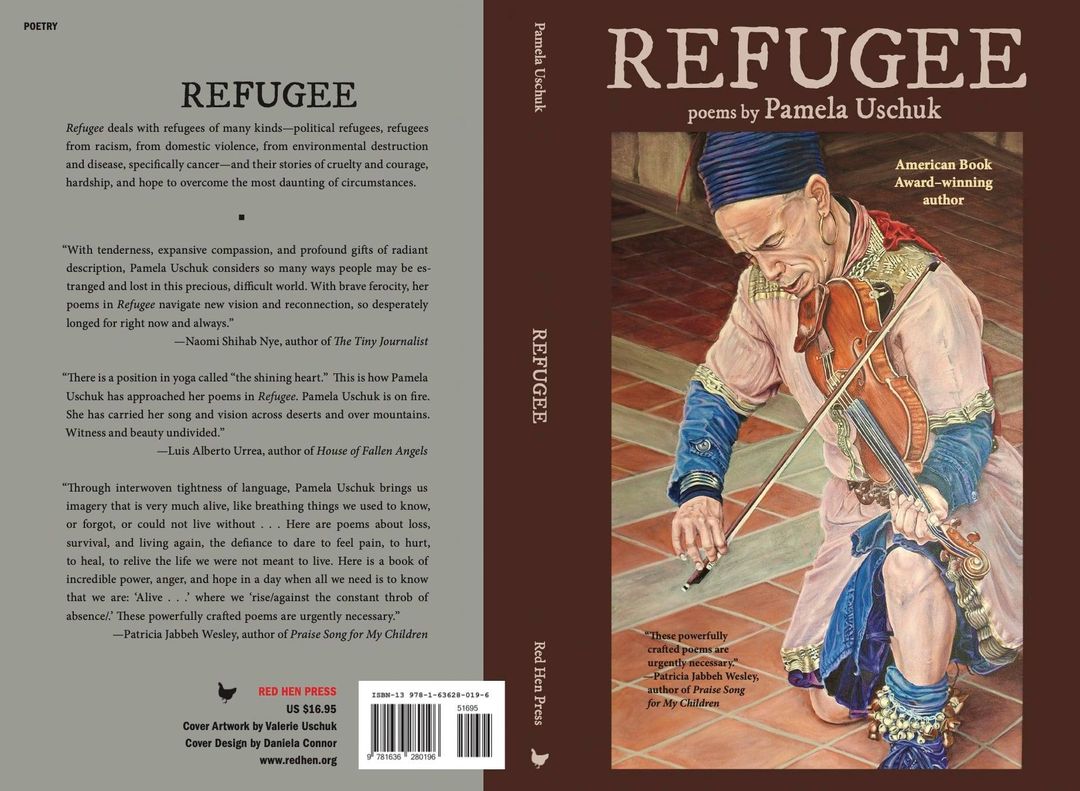 Black Earth Institute Fellow, Pam Uschuk has howled out six books of poems, including Crazy Love, winner of a 2010 American Book Award, Finding Peaches In The Desert (Tucson/Pima Literaature Award), and her most recent, Blood Flower, one of Book List’s Notable Books in 2015.  Her new collection, Refugee, is due out from Red Hen Press.

Among her awards are the War Poetry Prize from winningwriters.com, New Millenium Poetry Prize, Best of the Web, the Struga International Poetry Prize (for a theme poem), the Dorothy Daniels Writing Award from the National League of American PEN Women, the King’s English Poetry Prize and prizes from Ascent, Iris, and AMNESTY INTERNATIONAL.

Editor-In-Chief of CUTTHROAT, A JOURNAL OF THE ARTS, Pamela lives in Bayfield, Colorado and Tucson, Arizona.  She edited the anthologies, Truth To Power:  Writers Respond To The Rhetoric Of Hate And Fear, 2017, and Puro Chicanx Writers of the 21st Century (in conjunction with Black Earth Institute).  Uschuk teaches at University of Arizona Poetry Center and at Ghost Ranch.  She was the John C. Hodges Visiting Writer at University of Tennessee, Knoxville.  She’s been awarded a writing resididency retreat at Storyknife Women Writers Colony in Homer Alaska for the month of September 2022.  Her work has been featured in the Academy of American Poets Poem-A-Day series.  She’s finishing work on a multi-genre book called CRAZY ANGELS: AN ODYSSEY THROUGH CANCER.