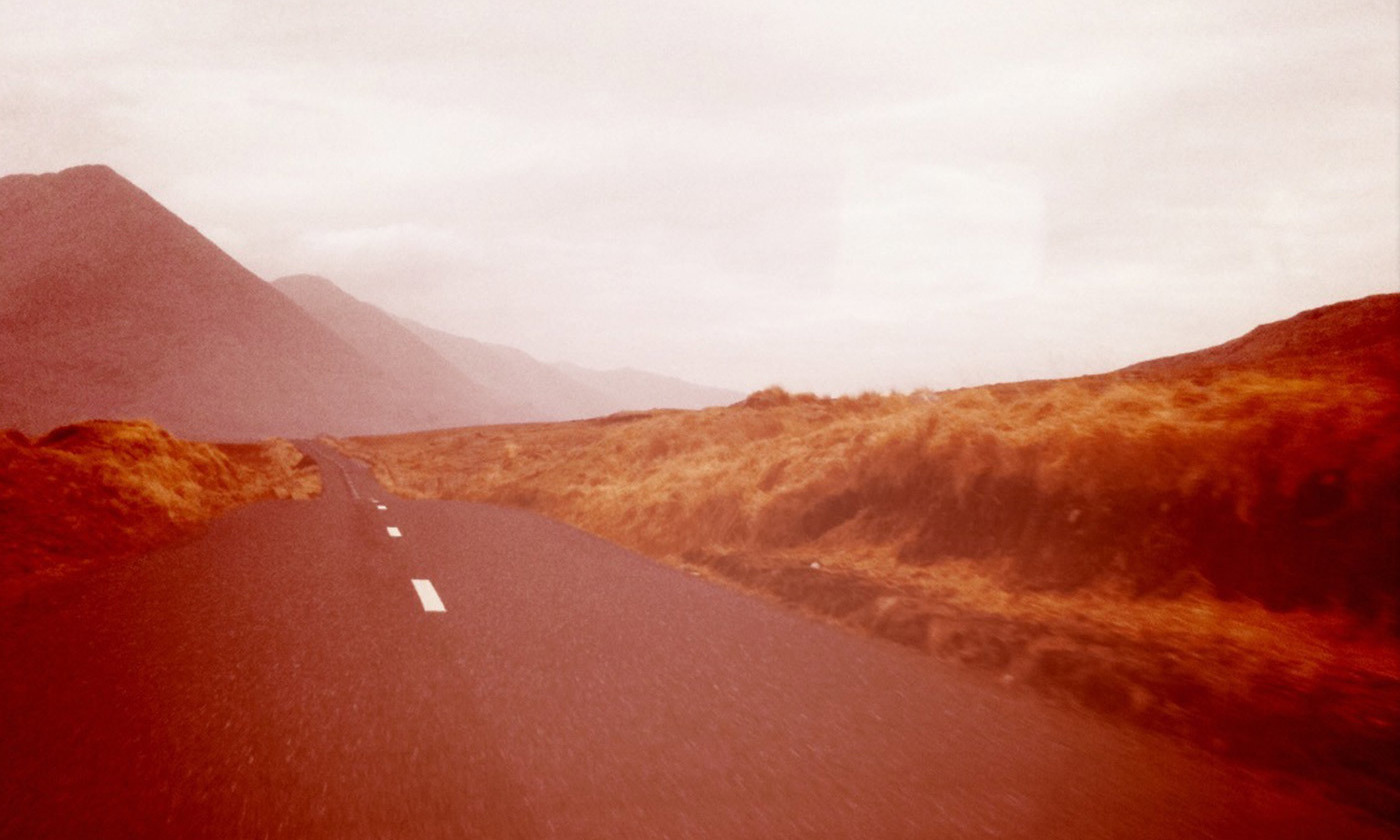 Liam Heneghan, BEI Scholar, recently had his work published on AEON. Check out his piece below or on the AEON Website.

Liam is professor and chair of environmental science and studies at DePaul University in Chicago. He is a Scholar Advisor at the Black Earth Institute. His latest book, Beasts at Bedtime: Revealing the Environmental Wisdom of Children’s Literature will be out from University of Chicago Press in April, 2018. Follow him on Twitter @dublinsoil.

On a double-decker bus from Dublin airport to Drumcondra early one June morning, a young lad stretched out on the back seat and started to rap. What he lacked in talent he made up for in gusto. I was with a dozen of my students who were travelling from DePaul University in Chicago on a study abroad trip and this was their very first impression of Ireland. I cringed and tried to ignore the atonal reveller. Their response, it turned out, was at odds with mine. ‘That’s American rap!’ one of them chortled. ‘Why is he rapping Kendrick?’ The oddity of the situation entertained them, and they discussed it with a fervour typically reserved for matters of greater significance.

One thing I’ve noticed over the years of bringing my students to Ireland – my homeland – is that they pay rapt attention to the little things. This heightened and delighted attention to the ordinary, which manifests in someone new to a place, does not seem to have a name. So I have given it one: allokataplixis (from the Greek allo meaning ‘other’, and katapliktikomeaning ‘wonder’). In Modern Greek katapliktiko and the related word katataplixie can be used to register astonishment. Admittedly, in Ancient Greek the family of words surrounding kataplêxis sometimes signified ‘terror’ and ‘panic’. It is, however, the note of pure ‘amazement’ and ‘fascination’ present in this word that I want to celebrate in my neologism.

Allokataplixis, as I use the term, is the gift, usually unacknowledged, that the traveller offers to the places they visit.

For the past five years, I have travelled around Ireland each summer with a bunch of allokataplixic American kids. Almost everything draws them in. In the city, they never choose to stay downstairs on the bus – there’s just too much to see from the upper deck. Marvellous to them also is the slight smell of salt in the air when you arrive in Dublin, the raucousness of seagulls crying overhead, the low-rise and higgledy-piggledy appearance of the city’s architecture, the garrulousness of the people, the little fossils embedded in the bridge that spans the pond in St Stephen’s Green, the 99 Flake ice-cream cones, the inclination of Irish people to traditional music, the almost unfathomable reverence in the west for uilleann pipers, the omnipresence of sheep on hilly tracts of land, the unhealthy deliciousness of Tayto crisps, the intense greenness of the vegetation, the yellowness of the butter, the perennial greyness of the sky, the presence of poets – actual poets – in the streets, Martello towers, walled gardens, the frankness about matters of mortality, the way the elderly habitually cross themselves as their bus lurches past the churches, the vat-loads of tea consumed, the vat-loads of stout consumed, the strangeness of Ireland’s youthful drinkers hailing Budweiser as a premier beer, the national addiction to sweets, the quantity of dog shit left to gently steam in the thoroughfares, the medical acumen of pharmacists in ‘Chemist’ shops, the casual insults that friends sling at one another, the extravagant length of the midsummer’s day, the gorgeousness of the sun setting on the Atlantic viewed from the beaches of the west, the melancholy slopes in County Kerry that were abandoned during the famine. And so on.

There is, of course, so much to learn when any of us visit a place for the first time and it would be easy to assume that information passes in one direction only, from the host nation to its guests. Yet over the years that I’ve been bringing students to Ireland I’ve observed that their thirst for fresh experience is contagious. It oftentimes brings out the best in people. A tourist generally has an eye for the things that, through repetitive familiarity, have become almost invisible to the resident. What is revealed need not always be congenial of course – visitors can make the resident aware of the shortcomings of their home: litter in the streets, poor service, even troubling cultural attitudes such as xenophobia. A tourist can stir within us a recognition of both the delicious strangeness of mundane things and our own unseemly peccadilloes.

This annual migration to Ireland that I take with Hugh Bartling, a climate policy wonk, and our students, is focused primarily on the ecology of our national parks. Unlike the United States, where such parks are often regarded as wilderness areas, in Ireland there is an acknowledgement that even remote landscapes are as much a product of cultural forces as they are of nature. To instil an understanding of the history and resilience of these traditional, cultural landscapes, we prepare our students before they leave by reading a great quantity of Tim Robinson’s work. Over a period of four decades – from the 1970s until his recent departure from Ireland – Robinson walked, mapped and wrote about the west of Ireland with verve and enormous grace. Those who have read his brace of books on the Aran Islands – Stones of Aran: Pilgrimage (1986) and Stones of Aran: Labyrinth (1995 ) – or his trilogy on Connemara – Connemara: Listening to the Wind (2006), Connemara: The Last Pool of Darkness (2008) and Connemara: A Little Gaelic Kingdom (2011 ) – will know the story of his coming to Ireland fairly well. Jaded from the European art scene, Robinson and his partner visited Inis Mór in the 1970s and elected to stay. A local postmistress mentioned that a map of the island would be useful. What began as an index of place names mushroomed over the years into one of the great European literary projects of the last several decades: the work includes maps, books, a Gazetteer, essays and lectures. A central metaphor in Robinson’s body of work is the notion of the fractal – a geometrical pattern that shows the property of self-similarity at various observational scales. Snowflakes and coastlines are examples in nature. Robinson writes that the fractal promises to be a rich ‘source of metaphor and imagery’ in literature and life. He continues: ‘Like all discoveries it surprises us yet again with the unfathomable depth and richness of the natural world; specifically it shows that there is more space, there are more places within a forest … or on a Connemara seashore, than the geometry of common sense allows.’

Robinson, the one-time tourist, became one of the great natural and social historians of that part of the world. Though the work is rightly celebrated, what is not always noted is how Robinson, as an attentive outsider, awakens even his Irish readers to a recognition of the fantastical in the mundane landscapes of the west. Robinson is, in other words, a great writer of allokataplixis.

One does not need, however, to be an outsider or a tourist to be allokataplixic. Is it not the task of most writers to awaken us from the dull, the flat and the average sentiments that can dominate our lives? Many of the Irish writers that my students read before travelling have a knack for noticing the marvellous in the everyday, and of making the quotidian seem wholly other and amazing. Robert Lloyd Praeger, the great naturalist of the last century, is one such writer – as he travelled the rural counties, some of his greatest botanical discoveries were made right outside the guesthouse door. J M Synge, especially in his often-neglected writing on travels in Wicklow, Connemara and Kerry, is another such writer. And James Joyce, that profound naturalist of life’s epiphanic moments, specialised in observing how the ecstatic intrudes – sometimes painfully – into the everyday. My students read the story ‘The Dead’ as an ecological text, for it provides an abiding account of a rupture between Ireland’s supposedly refined east coast and its feral west. At the conclusion, Gabriel Conroy, cuckolded by the ghost of Michael Furey, his wife’s dead boyfriend, takes a melancholic psychological journey across a snowy Ireland to that boy’s grave. Joyce wrote in one of his most celebrated passages that the snow ‘was falling on every part of the dark central plain, on the treeless hills, falling softly upon the Bog of Allen and, farther westward, softly falling into the dark mutinous Shannon waves. It was falling, too, upon every part of the lonely churchyard on the hill where Michael Furey lay buried.’

I’ll mention just one more recent writer, if only to illustrate that a new generation of allokataplixic writers is emerging: Karl Whitney, author of Hidden City: Adventures and Explorations in Dublin (2014). In Hidden City, Whitney becomes a visitor to the city of his birth, a tourist of the commonplace. In one brilliant chapter, he inches along beneath the streets of Dublin, following the courses of rivers that have long been paved over. In another, he follows the excrement of the denizens of the city out to the sewage treatment plants and, once treated and refined, follows the liquid discharge out into Dublin Bay. Not since Leopold Bloom defecates so leisurely in an early chapter of Ulysses has urban excrement been so vividly described.

Last year as we crossed the Midlands, we walked out on the boardwalk at Clara Bog in County Offaly, where by chance we met with a local out on his morning constitutional. Tommy was a former worker for Bord na Móna, the Irish semi-state body that oversees the economic development of peat for use as fuel. He is now an enthusiastic conservationist. That my students took such a delight in the bog seemed to ignite something in him. Noticing that one of the students carried a tin whistle, he volunteered to play a couple of reels and so we listened to the blast of a few tunes out on the bog on an ordinary Saturday morning. He said he’d never done anything like it. Allokataplixis is contagious.

I don’t suppose one needs to live a life of perpetual astonishment. After all it’s adaptive to forget. Our daily grind is perhaps easier to endure in a state of mild amnesia. Muscle memory sets in, routine takes over, and one day seems the same as any other. But days go by, the years hum along, and one can careen towards senility without being unduly startled by anything at all. Surely, there are times when we must be released from our moorings and free ourselves up to notice the peculiarities of everyday life. Our greatest writers have, as often as not, lived in a state of astonishment – this is not an easy burden. But in a quieter register and perhaps in an equally instructive way, even the everyday tourist can alert us to the remarkable in our home terrain. When we are ourselves tourists, we notice things. But even in noticing how tourists are alive to their surroundings, might we not learn something from them? Observe the tourists on Dublin’s Grafton Street listening to the buskers, or watch them marvel at the lights on Broadway in New York. Witness them sip their ouzo at the Acropolis or behold them picking their way across the newly minted basalt lava-flow in the Volcanoes National Park in Hawaii. They’ve brought their allokataplixis with them.

Thanks to my wife Vassia Pavlogianis for discussions on the Modern Greek words for wonder, and to Dr Sean Kirkland of DePaul University in Chicago for a tutorial on the Ancient Greek etymology.