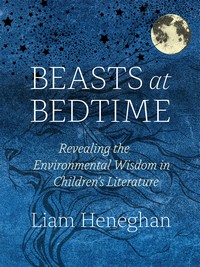 Liam Heneghan, one of BEI’s Senior Resident Advisors, recently had an article written about him for TechNews. Here is part of the article:

“An ecosystem ecologist at DePaul University, as well as the co-director for DePaul University’s Institute for Nature and Culture, Liam Heneghan presented as a guest speaker at the October installment of the Illinois Tech Office of Campus Energy and Sustainability (OCES)’s monthly Sustainability Forums on October 12. With a scientific background in environmental topics such as acid rain, decomposition, and nutrient dynamics, Heneghan is also a graduate student in philosophy and an occasional poet. From 12:30 to 2 p.m. in the MTCC Ballroom, Heneghan gave a unique presentation on issues of environmental literacy and sustainability in specific regards to children’s literature and storytelling.

Heneghan began his presentation by relaying some of his own personal background, and how having his own children prompted him to think back to his own upbringing and the stories he grew up with. As a child in Ireland, Heneghan grew up with a rich storytelling background, with both his mother and father sharing many stories from their own lives as well as fairy tales and other literary works.

Heneghan gave a specific example of his father reading a book on frogs that contained rather detailed explanations on amphibian sex life, much to his grandfather’s chagrin. This would later prove influential when his father found himself being called to help a neighbor birth a calf and choosing to withhold this information from his grandfather, given the extreme response the book had previously provoked. The reason Heneghan shared this story was that it “illustrates to me that you don’t know the impact a story is going to have on your life and when it will come back to you.” One’s parents or guardians “impact you in strange ways that you don’t recognize at the time.”

Extrapolating this point, Heneghan then shared his discovery that “there is much more environmental information in children’s books then we realize.” Many of the stories that are already popular with children and even stories that those in the audience grew up with are imbued with all kinds of environmental information. While Heneghan strongly endorses and agrees with contemporary environmental sentiments that children should spend less time looking at screens and electronics and more time exploring the outdoors, he also believes that some more attention should be paid to cultivating what he calls “the Great Indoors” and ensuring children are developing a sense of environmental responsibility through storytelling and reflection.

To aid in facilitating this kind of storytelling and reflection, Heneghan provided two separate frameworks for thinking about environmental storytelling for children. The first is what he referred to as the “ABCs of environmental literacy.” This set of general focus points will help parents and guardians think about general themes that they can relate to their children, without needing to be environmental experts or scientists themselves. Through the basics of “attunement to nature, basic ecological knowledge, cognitive skills for problem-solving, decoding the social-political context, environmentally responsible behavior, feeling that your actions matter, and grokking the major challenges,” Heneghan hopes that this framework can help the parents and guardians of young children begin to think about ways they can help young children reflect on the environment through common stories.”

For the rest of the article.