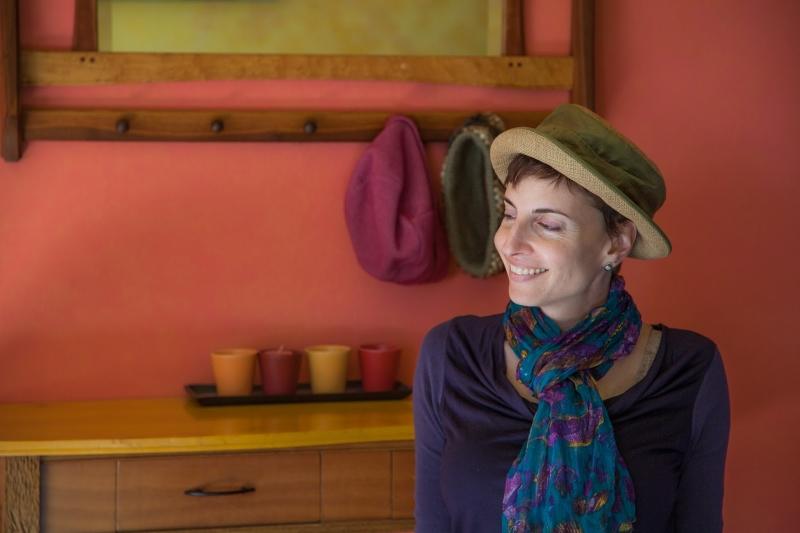 The following poem was originally published in and nominated by Whale Road Review.

Where the Front Yard Is

You’ll find your way,
as we did. One summer we stumbled
up a slow dirt road, praising

what we saw was brave to vanish.
We were new
to unrigged mornings; our love

tinseled. We had claimed a tabernacle
of owl feathers and rock strata
and a tiny house. It was August,

then winter and the world
moved with its divisions
and shame, but we brushed that off and blessed

what was left: our ability to reverse
each door in and out. Worshipping
palpable time in this round village

that showed us where light lusters
and rests—cows, corn, dust—
we had come for the sky, the maze

of continuous vision. And I saw it first.
And wanted it most.
All around, the sun places goblets

of heat on the ground, on the wilderness
of our bodies, which have done
so much seeking. I have never

known what to need. The lizards hold tight
our russet home. We are changed
and the same. The olive tree is blooming now.

The following poem was originally published in and nominated by Sugar House Review.

The bus turns a corner. At the margin
an uprooted big leaf maple, the hem of a river
Piles of shells throated from ocean.

What am I looking at? Poles, a meadow,
a storefront: all generous and empty.
Sometimes, empty is what we do with ourselves.

I arrive to my small room.
A bee belts the glass and works again
with its black shoes
As proof I exist, my pack at the door.

In the middle of this stillness, I call my father.
His words settle along the salal
in dry spirals. I see things to be equal:

the furl of ferns and an osprey rocketed from the pines.
How else might we begin?

Lauren Camp is the author of five books, most recently Took House (Tupelo Press). Honors include the Dorset Prize and finalist citations for the Arab American Book Award, the Housatonic Book Award, and the New Mexico-Arizona Book Award. Her work has been translated into Mandarin, Turkish, Spanish, and Arabic.