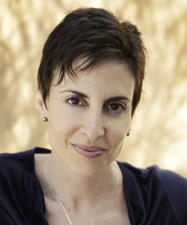 Lauren Camps’ new essay focuses on what gets her through these difficult times. Original article provided by Ecotone Magazine

Planting in the high desert is about compromise. What can stand firm through careening wind? What can handle summer’s bubble-wrap heat? Aside from a brief delirium with utterly wrong choices, for years I have put in flats of appropriate perennials. Of those that make it, some spread voraciously, draining moisture from each neighboring plant. We often spend the following summer eradicating those. I’ve littered my garden with native grasses and herbs, which farewell. But many plants are swallowed or curdle in the elements. No invocation can help them.

Before I was married but just on the cusp of it, I bought (with my guy) a nearly three-and-a-half- acre property south of Santa Fe. The property was a slice of a slice of a slice from a larger parcel given to a Spanish family in a land grant by the king of Spain more than four hundred years ago. Families subdivided between their children, who then divided again. And again. Most of our neighbors are descendants of that first Spanish family. But I wish I knew more specifically about the Indigenous ancestry of this valley. Which peoples lived here? Did they call it home, or just pass through? Petroglyphs a few miles away confirm the land was inhabited a long time ago.

Everywhere you look, you can see the open notes of distance.

This land is populated by junipers and wild olive trees and yucca plants. On the other side of those are more of the same. We still live here—seven thousand feet above sea level. Today’s humidity level is 9 percent; winds often gust well past twenty miles per hour, making a sharp whining sound that unnerves my husband. There’s rarely cloud cover, let alone rain. Everywhere you look, you can see the open notes of distance.

My small house is sufficient for my old cat, the guy, and me. The ecosystem makes its decisions around us. The dust is active. Also, squirrels and rabbits (cottontails and jacks). Pack rats have snagged our bootlaces and other objects left on the porch. Hawks circle in twos and threes; pink coachwhips turn tail and slither along.

The flat area in front of our house was only dirt and two small but fully established trees that were there when we bought the property. For decades, we couldn’t figure out what to put in that would be impressive or magical—or, for that matter, survive.

Finally, a few years ago, I was ready to have faith in cactus. It hadn’t registered for me as a garden plant before that. Cactus does its labor quietly. It needs almost nothing. It squishes down in the winter and plumps up again after that cold rest. The first step to hosting a cactus garden: build well-draining mounds. We brought in a ton of gravel and another ton of sand, which we mixed equally with the dirt that was there. We created hillocks and arranged some rusted objects I’d amassed—a fuel can found in the arroyo, nails from various building projects, paint-can lids, and thick, random steel parts. We anchored large, emblematic rocks in a few places in the garden to create points of interest. We bought a few adorable hedgehog and pincushion cacti at a local nursery.

With that, we were ready. There’s an organization here called the Cactus Rescue Project, begun by a massage therapist and an industrial designer to save the endangered Santa Fe cholla (pronounced ˈCHoi(y)ə), a heavily spined, multi-stemmed shrub that blooms in orange and peach shades. Since its founding in 2002, the CRP has expanded its mission to include education and outreach, partnering with the New Mexico State Forestry Division’s Endangered Plant Program to start new cholla colonies in and around Santa Fe. The CRP got us started with a variety of cactus cuttings from their demonstration gardens and a quick lesson in how to propagate.

Planting cactus is like taking the day off. After waiting a few weeks for the cuttings to scab, we moved the tiny specimens of pads and stalks to the designated area in cardboard boxes. We wore gardening gloves and carried tongs, which we’d temporarily repurposed from corn-grilling. You can set the pads to stand upright, and I recommend you do a few like that. Push some of the gravel and sand mixture aside, press the pad into it, and push the sand and gravel back around it. Stand back and admire. You’ll plant the cholla the same way.

But there’s another way to plant a pad: lay it down. Yep, that’s it. With your tongs, lay it down and appreciate that it is in exactly the right place. Over time, it will develop roots and then erupt in many new pads that look like sails on its deck.

Through the first winter, the cactus did their work underground. When spring came around, we checked for new growth. Red fringe pushed out from the sides of the pads and became miniature limbs. Blossoms swelled and then quickly opened into flashy reds and warm citrus colors. Even though some of the blossoms only lasted a day, it was exhilarating to see. We went again at dusk. Twice a day, we visited them, squatted, and studied their skin.

This is the desert; endurance is part of the lesson. Some years, we weather a worse-than-usual drought, but the critters are hungry and thirsty all the time.

Occasionally we find a cactus munched to the ground. We never see the culprits, but they eat past the thorns. We don’t want to fence, so we hope the damage will be slight and the plant will recover. This is the desert; endurance is part of the lesson. Some years, we weather a worse-than-usual drought, but the critters are hungry and thirsty all the time.

I have had days and years I wanted plenty—lush and lavish attention, remarkable action. But the desert is teaching me to appreciate smaller. The cactus garden is a flexible performance of quiet: a little pinprick of color, a constant revision. To be in it or beside it is to be intimate with space and its variations. To let there be room between pleasures.