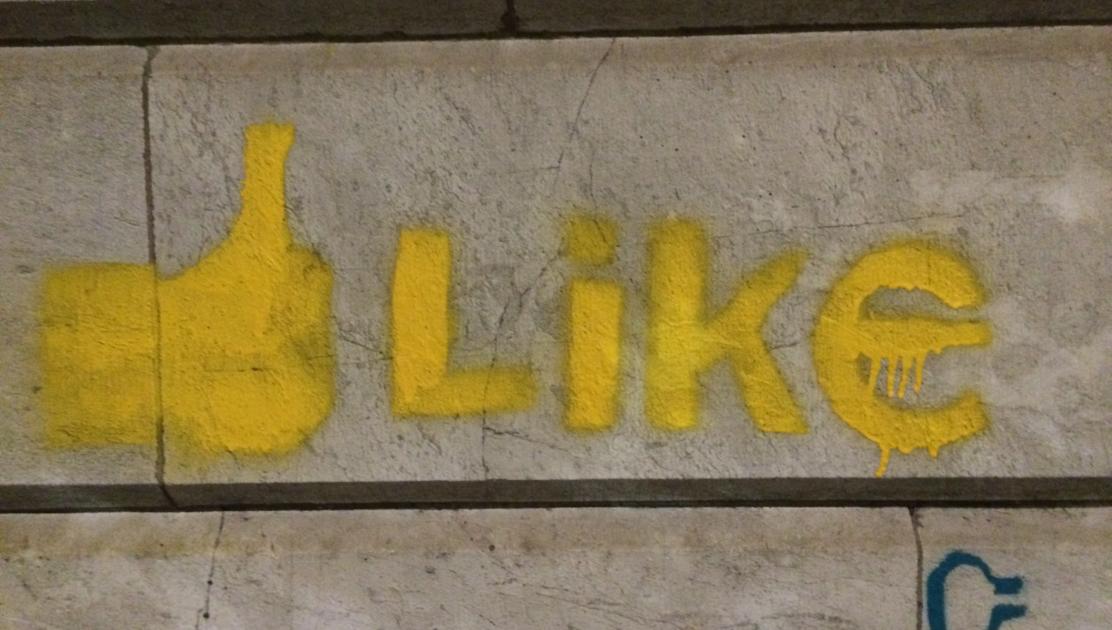 Kathleen Sweeney, BEI Emeritus Fellow, had an article published by the Garrison Institute. The article is about Digital Mindfulness. Below is the article, for the link to the original click here.

Digital Culture, Digital Media
What are we doing with our digits?

We count and calculate using our fingers. We paint, draw, and access all manner of tools through our fine motor articulation. Musical keyboards require all fingers to produce something of resonance, as does a violin or a guitar. All of our creative activity produces some form of digital media using the complex coordination of our digits.

With long form articles, books, and blog posts, all fingers are active on the keyboard, with the thumb’s job primarily to hit the space bar.  So how is it that now, with the explosive usage of smart phones, we are now collectively communicating by rule of thumb, the clumsiest fingers of all? Even though teenagers can text and scroll at lightning speed, these least articulate digits are questionably leading social media production and consumption, with some addictive usage resulting in stress injury known as “texting thumb”.

In English, “thumbing your nose” is an insult and “all thumbs” a sign of clumsiness. Meanwhile, the use of the “thumbs up” icon for Facebook’s Like button dates to its inception and is part of the dopamine cycle that lights up our brains when our posts gain attention. The “thumbs down” button was nixed from the site in favor of the Like button, which reigned solo until 2015 when a suite of emoji-like buttons were introduced, a key aspect of the site’s current data mining.

The apposable thumb, our evolutionary digit of grasping and tool-making, sets us apart from other primates and mammals. With so many of us clinging to our phones and overextending our thumb, has this made us more prone to holding onto branches of belief?

Habitual swiping and scrolling on our phones has become an increasingly mindless activity. Instead of staring at the sky or daydreaming, which serves as a brain reset to replenish us creatively and reduce stress, we hover over our phones in the body language of phone-liness, an attempt to avoid being alone. Scrolling through Instagram, sending texts, or reading The New York Times when sitting or waiting solo in public places, has become a way to protect us from being perceived as lonely. This focus on the phone often keeps us from being present: from a random encounter on a park bench, eye contact with a stranger, or a good laugh waiting on line for the rest room. What are we missing in the world around us? On sidewalks in the city, individuals texting or Google- searching bump into others, slip off curbs, walk into signposts. Clearly, we need an upgrade of Digital Mindfulness.

The arrival of smart phones has been a great equalizer in some ways, providing unprecedented power for individual creative output, free speech broadcasting and access to information. Unlike other tech tools, however, they have been engineered to encourage addictive behavior. The term “touch screen”, taps into a human desire to connect, but it is a false substitute for actual touch. Likes or responses to posts creates a ‘dopamine loop’ in our brain, with the potential to make us linger, looking for more of these virtual rewards. Facebook’s constantly changing algorithm of visibility to our posts augments the desire to search for more satisfaction and is geared to keep us on the platform longer.

Despite our nascent ability to connect globally with thousands of people through these touchscreens, social scientists, policymakers, educators, health professionals and media researchers have been expressing concern about an era of “digital dystopia” due to the addictive nature of device culture, information overload and our ability to maintain healthy lives. Research indicates that social isolation is worse for our health than smoking or high blood pressure, but it is not relieved by tapping our phone in an endless search for Likes.

Social media companies are in the business of harvesting our time and attention. Without a mindful approach, we can be unwittingly manipulated into falling down a rabbit hole of info-searches, scrolling jags, and comment threads, even goaded into arguments with bots. Pew Research recently conducted extensive research on bots, which determined that 66% of tweeted links were shared by suspected bots. This means many “trending topics” are being generated artificially without organic human-interest, which influences and sometimes dominates online discourse across social media platforms. And what does it mean for our collective digital media-streams when a great deal of discourse is spotlit by daily dispatches of a thumb-driven president?

Due to recent revelations about personal data mining to influence and manipulate users of social media during the 2016 Presidential Election, as well as in England during the Brexit vote, there has been a growing ‘techlash’ with calls to #DeleteFacebook. What happens when we take responsibility for how we use these tools, and become more aware of our own recent habits? Can we mindfully navigate these tools to better humanity?

Digital Mindfulness skills can help us access a higher level of awareness about how often we touch or take out our phones. Putting the phone away, keeping them off meal tables, even when alone, even (gasp) leaving them behind when we go out, can alleviate the cyber hold of the device on our consciousness. Some families and communities are adopting a weekly Tech Shabbat or Sabbath, where all electronic devices are replaced by books, games, conversation and artmaking. Sounds Amish, sounds like a relief.

Using a ‘Right Speech Right Action’ ethos as part of Digital Mindfulness, we can initiate a pause before we click or share, elevating the usage of these broadcasting devices to receive, generate and share positive news of solution-making, community-building and innovation in our global communities. Even though acts of kindness occur around us every day, violence and divisiveness dominate our newsfeeds, skewing our perceptions with their seeming ubiquity. Now that we are all media broadcasters, we share a responsibility to determine the resonance of messages on our channels. Unwittingly amplifying messages of hatred and division in the name of critique without a mindfully curated objective, can backfire with amplification of messages we do not truly embrace.

Pausing before responding provides a space of possibility. Its opens up time, opens up considerations: what ifs, whys, deeper questions. Rather than clicking for that rush of response immediacy, waiting allows questions to emerge: Is this real? Is this true? Is my feeling authentic? Am I being manipulated? Am I reacting to the headline, the one liner, the hashtag with fear or outrage, without reading deeply, slowly, fully? Was this viral message generated by an army of bots?

“In the pause is the power and the freedom to totally shift from the trance, to inhabit our future self, how our true nature lives through this particular body and mind.”—Tara Brach, “After the Rain” podcast May 5, 2018

Pausing allows us to respond beyond our fight or flight reflex, into the higher functioning of the pre-frontal lobes of our neo-cortex. The pause takes us into the possibility of a non-reactive world, led by curiosity and attentiveness. In this space, we can allow the thumbs to do what they’ve been trained to do since the advent of typewriters: hit the spacebar.

Like the slow foods movement, taking part in slow media involves a re-evaluation of a cultural shift toward sped up forms of consumption, in this case, news and storytelling.

For some perspective on global tech adaption since the early 20thcentury, the radio took 38 years to reach 50 million users; television 13 years, the Internet 4 years. By contrast, when Facebook launched to the general public, it added 200 million users in one year. With over 2.2 billion active users, Facebook now boasts a larger “population” than any country in the world. The implications are staggering. It’s clear that we humans have been adapting to new technology at an unprecedented rate, and in ways that have rendered us unconscious of our usage. Only recent revelations about privacy, data mining and psychological manipulation have thrown the curtain back on the ways technology can influence emotions, desires and addictive tendencies. We’ve barely given our nervous systems time to adapt and evaluate.

On the upside, social media platforms provide individuals with an unprecedented potential to be media broadcasters of positive news, shining a spotlight on movements, events, innovations ignored by the mainstream until after gaining popular traction. However, when we post in Fast Media mode, reacting with lightning speed to click likes, share aggregate links, retweet, we act as unpaid workers driving traffic to sites without always considering the consequences. Since the 2016 election cycle a great deal of our individual curation has been activated in the spirit of outrage and reactivity.

Some of this has had an upside for active democracy, fed by social media conversations and event posting. Since the 2017 inauguration, millions have taken to the streets in unprecedented numbers in real time. These fully embodied peaceful marches have underscored the free speech and freedom of assembly core of The Constitution, and have stimulated collective conversations about our democracy. These marches continue to break records for attendance, from the Women’s March of January 2017 to the recent March for Our Lives in March 2018, with ample citizen documentation online. Documenting these peaceful marches as citizen journalists provides a definitive record of community connectivity in real time and space. The experience of seeing handwritten signage galore amid group chanting in the streets of New York City and Washington, DC has provided hope for the power of our democracy, with indications that millions are participating in creating a better world.

Natural disasters have the power to catalyze waves of global empathy, dissolving boundaries between countries, states, political parties, through relief crowdfunding. In 2015, Facebook helped raise $10 million for Nepal Earthquake Relief in the two days following the destruction. Millions gave to flood recovery in Florida and Texas after Hurricane Harvey regardless of people’s politics, and countless volunteers headed to Puerto Rico in the face of a middling governmental response.

In addition to disaster relief, social media has proven effective at crowdfunding of documentaries, music launches, tech innovation along with good news sharing, educational offerings and breakthroughs in storytelling. Sometimes these are small “pod-like” communities of exchange reach millions, while others resonate equally effectively with smaller, localized groups. One example of a highly successful project, Humans of New York, teamed up with Facebook in 2017 for a live video series of stories cultivating empathy about ordinary people to the tune of 18 million followers.  These examples provide clues for healing cultural divides, which requires big picture thinking, connecting our commonalities and actively resisting bipolarized, reactive mindsets.

If the world seems to have fallen into a dysphoria, perhaps it’s time to change the channel, and switch to stories of innovation, compassion, empathy. They are out there, far more the norm than the mainstream would have us think. The fact that HH Dalai Lama has 13 million followers on Facebook, meditation apps proliferate, and spiritual teachers can be found across all disciplines is ample evidence that alternative information exists online. We can create our own electronic mantras, using keywords for positivity and social change that can bring uplift to curation. Adding hashtags like #gratitude #kindness #thankfulness #love #respect #forgiveness may well cause an unexpected expansion of your global online community.

And remember, NASA’s extraordinary photography of the universe and our beautiful “blue orb” of Planet Earth can be accessed for free as part of the public domain. And instead of joining #DeleteFacebook, consider sharing that stunning image Venus on your page.

Then, use your thumb to activate the pause button, and take a walk outside. You might even receive a smile from a stranger.

Kathleen Sweeney is a member of the Media Studies Faculty at the New School for Public Engagement. An author, communications consultant and producer, she has collaborated on social media campaigns for Matthieu Ricard, Sharon Salzberg, and the 17thKarmapa, and consulted myriad non-profit organizations, authors and documentary filmmakers on effective digital engagement.