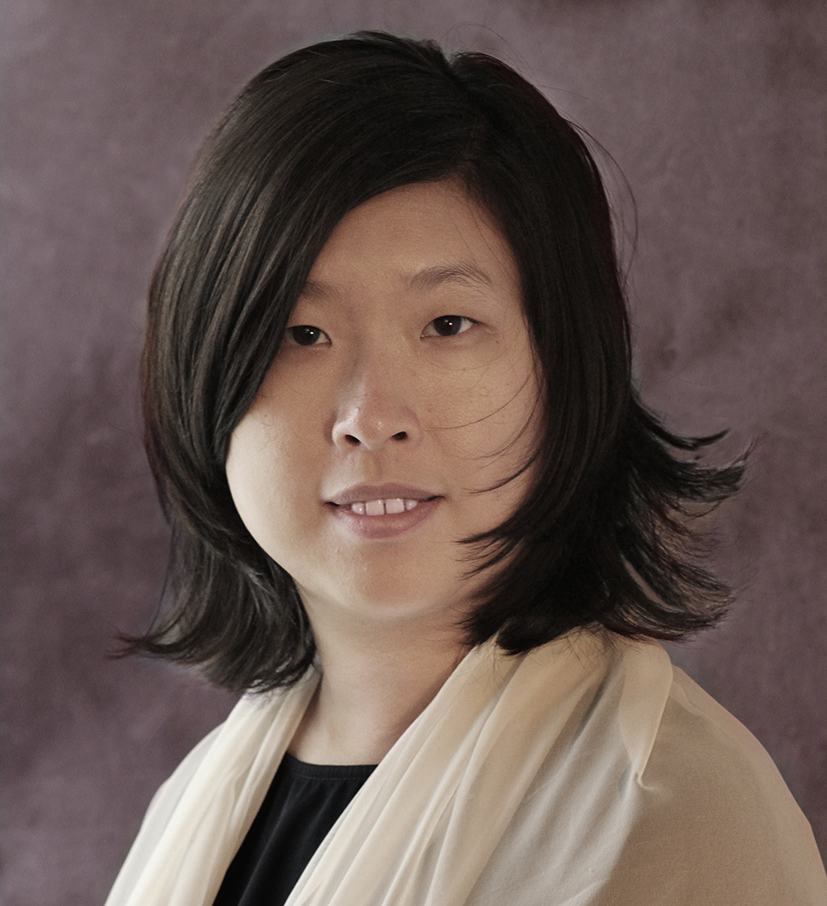 The following essay was written by Teow Lim Goh. It was recently featured in the new BEI Edition, Geographies of Justice, and will be read on our Saturday, August 14th Reading series.

What does it mean for an immigrant to be at home?

Home, we are taught, is about our origins. It is where we are born and raised. It is a sense of belonging that may be true for many people, but it has also been weaponized against immigrants. For if home is where you were born, then to migrate is to never be at home, to never have stakes – and if you have never set down meaningful roots, then it becomes easy to justify removing you.

“Go home!” we yell at people who we think do not belong, who don’t look like us, even if this is where they have lived for decades, even if they were born here.

Immigration is always about race; you can’t tell a person’s legal status just by looking at them, but you can tell if they belong to a targeted race. Between 1882 and 1943, when the Chinese Exclusion Act was in place, all Chinese people, including US citizens, had to carry papers to prove that they were legally in the country. Similarly, all Chinese people at the ports of entry had to make sure they had the right documents to land, including affidavits from white associates, even if they were US citizens. The color of their skin was enough to question the validity of their papers, their claims to America as home.

In 1895, immigration officers at the Port of San Francisco denied re-entry to Wong Kim Ark, a man born in the US to Chinese immigrant parents. Under the Citizenship Clause of the Fourteenth Amendment, by virtue of his birth on US soil, he was automatically conferred birthright citizenship. But under the Chinese Exclusion Act, all Chinese people were considered ineligible for naturalization. The immigration officers argued that Wong, as a child of Chinese immigrants, was a Chinese subject even though he was born in the US. They held him on steamships off the coast of San Francisco for five months as his lawyers argued his case before the courts. His case eventually reached the US Supreme Court in 1898 as United States v. Wong Kim Ark, which ruled in his favor. But his ancestry was enough to question whether he had the right to return to his home.

This ugly primacy of ancestry over citizenship reared its head again in World War II, when President Franklin Roosevelt issued an executive order that allowed the military to designate exclusion zones in the name of national security. On paper, the order did not specifically mention Japanese-Americans, but in effect, all people of Japanese descent, including US citizens – which, due to the exclusion laws of the time, were largely US-born children of Japanese immigrants – were subject to forcible removal from their homes and sent to internment camps. The justification to include US citizens was the belief that they would be more loyal to Japan than America, that blood would trump the lived and made existence. In other words, not only can an immigrant never be at home, neither could their US-born-and-bred descendants.

In 2016, we elected a president who ran on a platform of overt xenophobia. I don’t care for the man himself; I care about the brutal consequences that his actions and rhetoric have on people’s lives. He did not invent xenophobia, but he tapped into a vein of fear and resentment that is as old as the founding of America and styled himself as its most prominent spokesperson. Back in 2015, he announced his candidacy by portraying immigrants from Mexico as hordes of criminals and rapists and promised that he would build a wall on the southern border.

This border was created by the Treaty of Guadalupe-Hidalgo in 1848, which ended a war that began when white Anglo settlers believed that the seemingly uninhabited lands of the continent were theirs for the taking, including land that belonged to Mexico. As part of the agreement, Mexico ceded large parts of California, Nevada, Arizona, Utah, Colorado, New Mexico, and Texas to the US. There are many Spanish-speaking communities in the borderlands that have never crossed the border; the border crossed them. In addition, for a number of Native American peoples such as the Tohono O’odham, the border splits their homelands in two, an artificial boundary imposed on them. For decades after the creation of the border, people moved freely across it, whether for seasonal work, family visits, or a sense of adventure. They continued to do as they had been doing all along; after all, this land is a contiguous mass with peoples, cultures, and social relationships that predated the arrival of the Anglo-Europeans.

In 1965, Congress passed the Immigration and Nationality Act, a package of comprehensive immigration reforms for the time. Between 1924 and 1965, US immigration operated on a system of quotas by national origin; each country was allowed up to 2% of its population in the US as recorded in 1890. This system was deliberately created to favor the white Anglo-Europeans who dominated the US in the late 1800s and suppress the entry of Italians and Eastern Europeans. (The Immigration Act of 1924 took care of the number of Asians by banning them outright. When the Chinese Exclusion Act was repealed in 1943, the Chinese were allocated a quota of 100 immigrants per year.) The 1965 bill did not abolish the quota system altogether, but it created a preference system for families of US citizens as well as a work visa program with a path to citizenship for skilled professionals. In particular, it expanded immigration from Asia, especially for the professional class.

Before 1965, there were no numerical limits on immigration from the Western Hemisphere. Much of the migration across the southern border was informal. Many people, mostly men, crossed the border for seasonal work, drawn by the higher pay in the US, intending to return to their families during the off season. Crossing the border has never been easy, but the border was more of a formality then. But in a compromise with white supremacist forces who opposed the reforms of the 1965 bill, Congress added numerical restrictions on immigration from the Western Hemisphere for the first time. And the quota they set was too low and did not account for the social and economic relationships that date back decades, if not centuries. Not surprisingly, it did not stop these informal migrations. Instead, it criminalized this once-free movement of people as illegal immigration.

Immigration is one of the few criminal offenses, together with felonies such as murder and rape, that does not have a statute of limitations. That is to say, once you cross the border without the proper documents, it does not matter what you do with the rest of your life. You can build a life here: work an honest job, pay Social Security and Medicare taxes, raise a family, commit no heinous crimes. All of that does not matter. The life for which you have worked hard and the people you love, the children who depend on you for food and shelter, do not matter. There are a few ways out – most notably, a child born in the US can sponsor you the moment they turn twenty-one – but that would still require two decades of hiding in the shadows, and anti-immigration extremists have been arguing that despite Wong Kim Ark, the US-born children of undocumented immigrants should not be granted birthright citizenship as their parents’ presence in the country is a crime. If you get caught, you can be deported. Reentry will be considered a felony. And you have to wait ten years to apply for any legal status for which you may qualify. This is not your home.

Or say that your parents brought you across the border when you were five, a decision in which you had no say. You go to school here. You make friends here. You may have younger siblings who were born here and thus US citizens. You may not remember much of the place where you were born. You may not speak the language well. You may not know anyone there, especially if your extended family has also left. What options for work and college do you have when you graduate high school? What dreams are you permitted to have? The Obama-era Deferred Action for Childhood Arrivals program might have given you some reprieve, a work permit and temporary authorization to stay in the US, but there is no guarantee that the program will be renewed. Already the Trump administration has tried to rescind it, but for now the courts have blocked him. There is still no path to citizenship. Your life is dependent on the winds of politics, rather than on your own skill and will. If the winds blow in the wrong direction, you can get sent “back” to a country that you hardly even know. This is not your home.

There are two kinds of power, the kind you inherit and the kind you earn. Monarchy is the ultimate inherited power: your position in society is based entirely on the circumstances of your birth, right down to the birth order in your family. And to state the obvious, the white anti-immigrant zealots who call the United States home are descendants of immigrants, if you trace their family trees far back enough – like they did for the Chinese during the Chinese exclusion era and for the Japanese during World War II. But by virtue of their cultural and political dominance, they get to call this land home. The rest of us are immigrants.

For the most part, citizenship is an inherited power. Where you were born and to whom you were born determine which nations will automatically grant you citizenship. And as Eduardo Galeano writes, “The powerful who legitimize their privileges by heredity cultivate nostalgia.” If your power and privilege are rooted in the idea of an exclusive homeland, you would want to secure the borders of that land. It is your home after all, a sentimental place where you can feel safe and protected, where you can nurture your children. A person who crosses this border becomes a threat – a threat to your sense of identity and belonging and thus safety.

This is why the portrayal of Mexican immigrants as gangsters and rapists took hold so easily.

This is why pundits on the “family values” right did not flinch when the Trump administration instituted family separation policies that put children in cages without their parents, sleeping on floors and without blankets, disallowed to have toys, toothpaste, or even hugs from social workers. In fact, some of them argued that these parents had relinquished their parental rights when they put their children through the dangers of the border.

When we make immigration difficult, we are telling people that their blood and ancestry are more important than their abilities.

We are telling people that no matter how hard they work, they can never earn the safety and protection of home.