Hard Rain: A Review of Extreme By Richard Cambridge 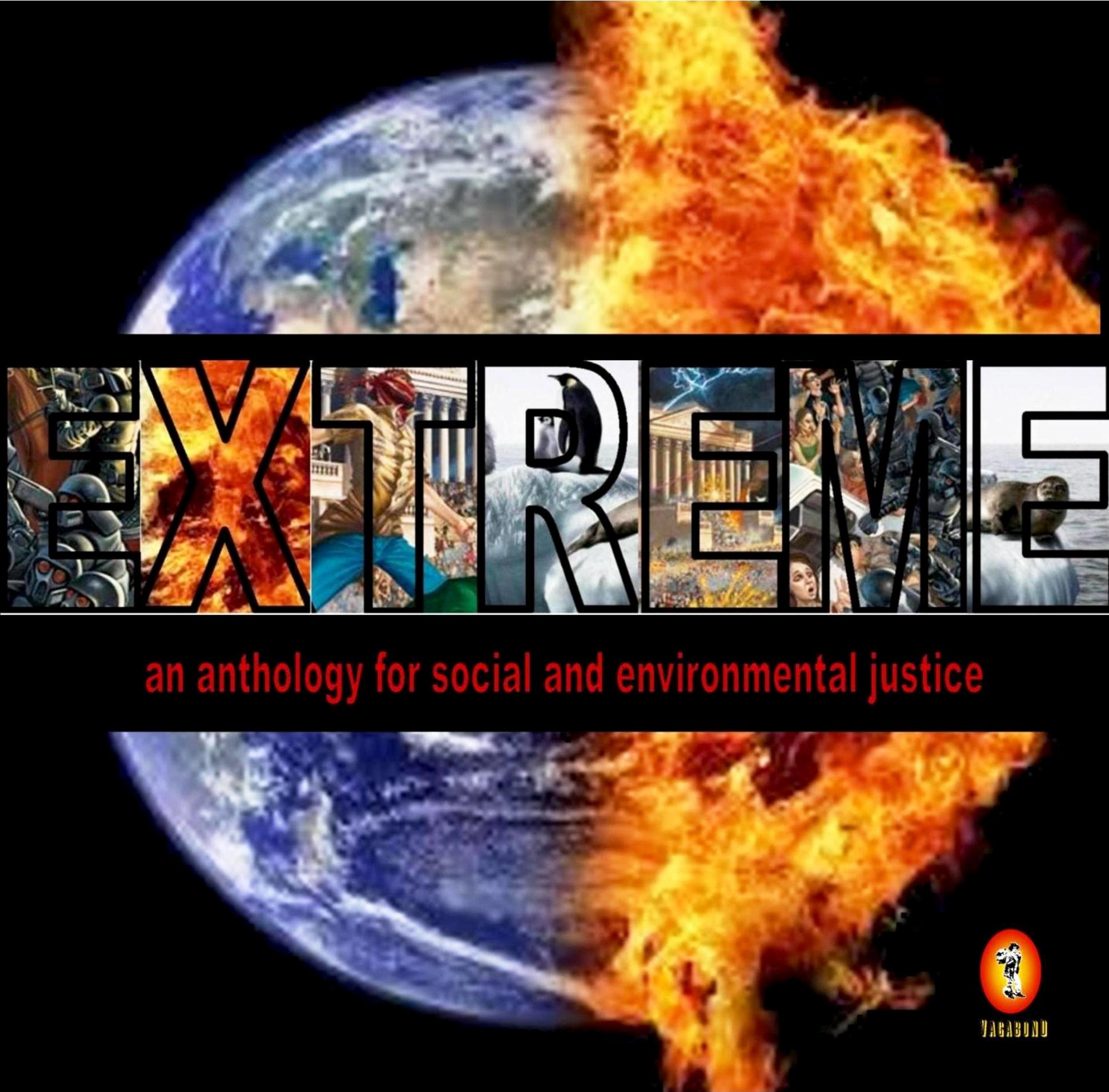 Richard Cambridge, one of BEI Emeritus Fellows, recently reviewed Extreme: An Anthology of Social and Environmental Justice. For a limited time, individuals can order Extreme for a promotional rate- only $15! Follow the link for details. Please continue reading for the complete review of Extreme by Richard Cambridge.

Mark Lipman’s ambitious, generous, and necessary anthology is a chorus of
eighty poets from fifteen countries speaking six languages, including
twenty-five translations, and featuring twenty-six works of art and
photojournalism.

EXTREME is a global witness—a human and environmental document of
devastation threaded with hope, passion, and the will to action. From small
towns, great cities, renowned universities, with roots that sink deep and
spread wide, like the mythopoeia great tree Yggdrasil1, encompassing the
earth.

The urgency of the poems recalls Bob Dylan’s “A Hard Rain’s A Gonna Fall,”
written during the Cuban Missile Crisis—the singular time the world was
on the brink of annihilation. Dylan said the song was a list of first lines of
songs he didn’t think he’d have time to write. (He may have dissembled to
tell a greater truth.) That was over half a century ago. We are now living
through the times prophesied, where to witness now is to sound the alarm.
The rough qualities of many of the poems want not polish but to maintain
their edge to cut conscience to the quick. It is not clear there is still time to
derail the madness of global capital’s self-destruction, but that does not
absolve the moral burden to bear witness of it. This is the essence of
EXTREME—a global Canto General “of all the peoples struggling for
freedom.” 2

Mr. Lipman’s curating of the twenty-six works of art and photo-journalism
is a work of art itself, pairing them with poems—obliquely, directly, or in
juxtaposition—in essence, creating aural-visual diptychs or ekphrastics
depending on your aesthetic perspective.

His FAIR USE NOTICE of the artwork—I see it as a giving notice—is a bold
interpretation of copyright law, turning culture theft on its head. Mr.
Lipman did due diligence to obtain permission, but that didn’t prevent him
from laying claim to the work when none was forthcoming.3

They call and respond, bear witness, illuminate and challenge, and in a very
acute way, raise the stakes of the reckless brinkmanship we the human
family are verging toward.

Take, for example, Weislaw Smetek’s hyperrealistic “Global Warming”
depicting a polar bear, mother penguin with young, and a seal staring at
you from a small ice floe in the middle of the sea. Who among us with heart
cannot feel a measure of responsibility? Turn the page to “Imagine [This],”
Alessandra Bava’s poem that posits a new dystopia where the role of
predator and prey has flipped:

Imagine a polar bear playing soccer with your
very skull
[facing extinction is the order of the day somewhere.]

Yet, there is still a sense of human resilience even if Nature’s scales have
tipped against us:

Imagine the new Great Flood coming and
there’s no Ark –

& get yourself a good pair of oars and a raft.
[Time is running out.]

That final command, “…get yourself a good pair of oars and a raft. / [Time
is running out.]” has an urgent hope that there is still time. It is these rays
and rainbows that give promise it is up to us to act.

John Curl’s call and response poem “Emergency” shapeshifts from fear to
joy to action, turning disaster into delight with sleight-of-hand wordplay,
pivoting us from alarm to praise song:

The poem pivots again, from nature’s resiliency to human responsibility:

EXTREME is brimming with examples such as this. Open it anywhere. The
anthology is possessed with a kind of bibliomancy—handbook, roadmap,
guerrilla manual, prophetic guide—the weight and volume of truth-topower
combusts into consciousness.

Contrary to Auden’s claim that “poetry makes nothing happen,”4 our times
have proven poets and artists can and do change reality. A half century ago,
a generation stopped a terrible war fueled by aggressive capitalism. It was
the bards and their poetry and songs, such as “Universal Soldier,” “Masters
of War,” and “Four Dead in Ohio,”5—banners that led the way of protests
that grew from a mere handful to hundreds of thousands, until the will to
war of that criminal government was broken.

The challenge of the twenty-first century is still fighting the same enemy—
global capitalism—though this time the stakes are higher, for the war is
against Nature—life on our planet, as we know it. Once again, the bards
that speak and sing and shout from this anthology lead the way.

NOTES
1 The eternal and sacred tree of life in Norse Mythology. AncientPages.com
2 Pablo Neruda, Canto General. Fourth Canto, “The Liberators”. Translation
by Jack Schmitt. U of California Press. Berkeley. 1993.
3 Email communication with Mark Lipman, 22 August 2018. “For the most
part I have sought out and contacted the artists and received permissions –
due diligence, or the images are within the public domain. That said there
are always a few artists that I’m not able to make contact with (or have
received no response). In these cases I use the general protection of Section
107 – as everything in the anthology can be considered – and is – for much
needed public education – for which the Copyright Act gives me the
permission. That and considering the nature of the work itself – of what the
artists are saying, the rational is that this is precisely what they would
want their art used for. Perhaps in many ways the entire book is a radical
act … but then again with the state of the world, that’s exactly what’s
needed these days.”
4 From “In Memory of W.B. Yeats,” by W.H. Auden. Another Time, Random
House. 1940.
5 “Universal Soldier” by Buffy Sainte Marie; “Masters of War” by Bob Dylan;
“Four Dead in Ohio” by Neil Young.