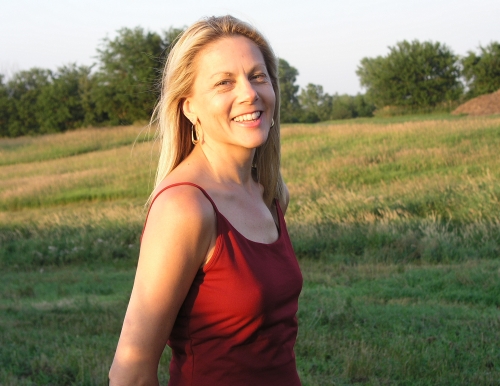 When and how did you first start to take yourself seriously as a writer? What enabled you to make this shift, and what marked the change?

I was a performing musician before I became a writer. I had always been interested in writing and studying song lyrics and poems, but I don’t think I had an awareness of what it might be like to publish any of these creations.  In the early 1980s, I was on the road with my rock band when we lost all of our equipment in a truck fire. In one night, $60,000 worth of rock and roll equipment burned to ashes—guitars, amplifiers, speaker cabinets, drums, microphones, etc. I was stunned that something so large and tangible, so heavy and expensive, could be reduced to nothing in a matter of hours.

I turned to writing during the period when we were stalled out after the fire, as we regrouped and reassembled our gear. At first, writing was mostly a solace against the loss, but I soon realized that there was something durable about writing—in that, writing would stay put and wasn’t so easily destroyed. Also, I loved the way that I could try and re-try an idea with writing, working the piece closer toward what I had imagined. This methodical approach to writing stood in stark contrast to my life as a live performer, which was ephemeral and required a moment-by-moment execution of notes. The combination of these effects—the solace of writing, the durability, and the ability to revise and improve the work—was what pulled me deeper into writing as an art form.

I developed a regular writing practice, mostly working in notebooks, while I traveled, and when I came off the road in the mid-80s, I took writing classes at Moorhead State University where I had attended as an undergraduate. Around that time, I wrote a long nonfiction piece for a workshop, and my teacher, Mark Vinz, said something during the workshop that I had never heard before.  He said, “It’s finished. Send it out.” He pointed out a deadline for a competition that the journal New Letters was sponsoring, so I submitted the essay.  A few months later, I received the news that Philip Lopate had selected the piece for the award. I thought, Wow, that was fun; I’m going to keep doing this.

Of course, like all writers I’ve faced many disappointments, discouragements and frustrations since then, but the negatives have always been outweighed by the benefits. I’ve since learned that many people began their lives as writers after some shocking or catastrophic loss. There’s a line from T.S. Eliot—these fragments I have shored against my ruins.  That’s what writing has been for me.

The humanities council in your home state of North Dakota sent you on a traveling residency through the Bakken Oil Fields, during which you taught writing workshops and documented the environmental and social effects of the oil and fracking boom. What was your most poignant experience or epiphany during this residency?

Western and northwestern North Dakota have weathered a few previous boom-bust oil cycles, mostly involving conventional drilling. But the fracking boom that has been going on in North Dakota in the last ten or so years was sparked by advances in oil extraction technology (specifically horizontal drilling and hydraulic fracturing) along with an announcement from the US Geological Survey that between 4 to 12 billion barrels of technically recoverable oil rests in the Bakken shale.

With the support of the North Dakota Humanities Council, I have been going into the Bakken since 2013 to travel around for months at a time and witness the changes the boom has brought about as well as teach creative writing in small towns impacted by the boom. The experience has been profound. I’m working on a book about the boom, so I don’t know if I can summarize the experience into one or two key revelations, but I would say that what’s most worrisome to me about the boom is the amount of pipeline breaks, oil spills, well blowouts, and salinated water spills that have occurred in the region. The impact on human health, air and water safety, and the health of soil has the potential to be very damaging over the long term.

One of the most troubling images connected to the boom is tall flares of fire that come out of the ground beside most of the oil wells. These fires are the result of a process known as “flaring” in which oil producers are allowed to burn off a percentage of the natural gas that rises to the surface along with the petroleum that the oil producers are deliberately extracting. The fires occur beside each well, so they are sprinkled across the landscape about one every two miles. Driving through the Bakken at night, seeing these massive flares rising hundreds of feet high across the countryside, I’ve often felt that I was witnessing something ancient and apocalyptic.

Here in what appears to be the late Anthropocene, the current human-dominated geological age characterized by cascading environmental disasters, what can poetry offer us that other media can’t?

I’ve thought about this a great deal in the last few years as we have mounting evidence of anthropogenic climate change, even as we have government officials who hold the belief that climate change is not real. We live in a time of urgency, but we also live in a time of denial. Two of the features of poetry are concise expression and persuasive imagery. In this way, poetry is an efficient delivery mechanism that might be able to break through all the chaos and white noise. Poetry also contains a kind of extra nutritional value that I think many people yearn for and need right now.

You’ve recently been named Iowa’s poet laureate for a two-year term. How do you envision promoting poetry during your upcoming tenure?

I haven’t received any mandates about how I will spend my term, but I imagine that in the next two years, I’ll do what I have already been doing—reaching out to rural communities, doing readings around the state with other writers, perhaps doing some joint reading/performances with singer-songwriters, doing poets-in-the-schools work, and finding ways to be as inclusive as possible about bringing creative writing to populations that don’t normally have access to this kind of experience.

By what process do you choose a project?

I can always see book projects coming from a long way off. I get little clues and blips from these projects as I’m working on other book projects—a detail here, a bit of research there. I try to collect these small bits and put them in a place where I can find them when the project comes into fuller bloom. I don’t know that I’ve ever chosen a project; rather, I often feel the book idea chooses me.

For example, the book about the oil boom came naturally because I was witnessing the changes in my home state and I wanted to go there and see what was going on. As soon as I began reading the newspaper accounts, I knew it was a story worthy of a book. Similarly, I’m finally working on a memoir about the fire I mentioned above that changed the course of my life. I think I’ve been running away from writing that story for quite a few years, but now the book is coming fairly easily.

In the course of your research, is there something that haunts you the most?

Yes, there are so many of these indelible images that one encounters when doing research. A few years ago, I traveled to the Ukraine to visit the villages along the Black Sea from which all of my great-grandparents and my grandfathers, as young children, had fled between the years of 1885 and 1911. During that time, these villages were part of Russia, and my ancestors had lived in Russia since 1803, for about three generations, as an ethnic minority.

I had read the accounts of violence that had occurred in those villages after my own ancestors fled, and I knew that some of my great-grandparents’ siblings who stayed behind had suffered in those violent clashes. While in one village, I stood in an abandoned church that had been the site of a peasant uprising when the men stood up against the Russian soldiers when they came to confiscate the harvest from the villagers.

Around thirty of the men of that town were rounded up and held in the church overnight then taken out in the morning and executed. Sixty years later, I stood in that abandoned church and imagined what that last night might have been for all those men, some of whom were family members of my own great-grandparents. I tried to take in the horror. I still have no idea what to do with this knowledge or this experience, but I hold it inside me as a gift, as an inheritance, as a responsibility, and as a memorial until the right time to tell the story presents itself in my work.

Outside of literature, are there other areas where you look for inspiration?

I’ve always taken a lot of inspiration from visual art, especially painting and drawings.  My partner is a painter, and we are working on a collaborative project right now in which we will pair some of his monumental drawings of climate change and oil extraction imagery with my poems. Obviously, music is a central influence on my work—the idea of tone, rhythm, cadences, etc.  All of those things transfer straight over from music to writing for me. I think what so many of these enterprises have in common is the idea of “design”—understanding how things are made, what goes into creating and effect by choosing this thing over that thing. My whole life has been consumed by choices relating to design.

What do you enjoy most about mentoring MFA students and why?

Oh my, how much time do you have? I love the full and complex lives that my Stonecoast mentees are living. I admire their passion and dedication, their innovation and discipline. Either I’m just really lucky or it’s a truism across the board at Stonecoast that we are working with writers who have very rich imaginative lives. The one-on-one mentorship experience perhaps allows a teacher to see this passion and ambition even more clearly than one might see it when working in a more traditional classroom setting. But I feel enriched by the conversations and the insights that I gain from interacting with the writers with whom I’ve had the privilege to work.

What are you working on at the moment?

I think I mentioned above that I have a few book projects that are in my view at this time. One is Welcome to Boomtown, a book-length poem about the oil boom in my home state of North Dakota. The second book is a memoir about music—not only about my own fabulously catastrophic career in music, but also about the role of music in culture. The book, tentatively titled Schizophonia: Notes on a Life in Music, is about the pleasures and privileges of being a singer, and it’s also about the lost art of listening.