DJ Lee in The Lewiston Tribute 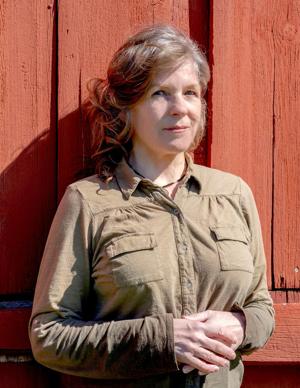 There are places that don’t belong to us to which we find ourselves connected, often in ways we don’t understand.

For DJ (Debbie) Lee, a professor of literature and creative writing at Washington State University in Pullman, this place is the Selway-Bitterroot Wilderness. The Moscow resident writes about her experience there in her new book, “Remote: Finding Home in the Bitterroots.” The book was released in March and is available at Clarkston’s And Books Too and BookPeople of Moscow.

“Remote” is a story of wilderness, family and identity, told in short chapters that seamlessly wander from past to present, from objective to personal. The result is an intimate sharing of both the Selway-Bitterroot landscape and of Lee’s family experiences shaped by its terrain. The story evolved over the 15 years of writing.

“I started out thinking I was just going to write a history book,” Lee said in a recent phone interview.

It made sense. The wilderness area, which is part of the Nez Perce-Clearwater National Forest, is rich with history and Lee is a researcher and literary scholar. The idea was that in the course of her research, she might find some stories about her grandparents, George and Esther Case, who spent 20 years in the wilderness area and served as rangers at the Moose Creek Ranger Station. Those years were a hazy piece of family history that seemed to bear meaning, but of what, Lee wasn’t sure.

At some point in her research and writing, Lee found there was more than history to be told — she had her own story as well. She wrote in two phases and then braided both together. She whittled it down until the story that emerged would be accessible to those with or without a connection to the area, she said. he result is personal. Lee shares stories that reveal the dynamics of her family. As she patches together scenes from the past, the telling is both tender and truthful.

“You want to tell an honest story that people can connect to,” Lee said. “You can’t just tell the good parts.”

Lee didn’t grow up visiting the Selway-Bitterroot area. She lived in Seattle with her family and made regular visits to St. Maries to see her grandmother. It wasn’t until adulthood that she ventured into the area, backpacking into Moose Creek for the first time 14 years ago.

But wilderness has become part of her. Lee writes about the land and the people — past and present — she encounters with fondness and familiarity.

As she delves deeper into the wilderness and her own story, several people she meets become like family to her, including Connie Johnson, the 76-year-old woman who went missing in the Selway-Bitterroot wilderness during fall 2018 and is presumed dead. Johnson was a friend to Lee and someone to learn from. She was strong, experienced and knew the area better than anyone, Lee said.

“The wilderness attracts a certain kind of person — eccentric and odd and self-motivated,” Lee said. “It takes some kind of a curiosity and a desire to be in a place that’s always going to challenge you.”

She considers herself among them.

“We’re all family back here, even if we’ve never met. We all need something from this place and we’re connected because of that need.”

One of the needs Lee brought to the wilderness was to understand her family. It seemed to her that the time her grandparents spent at Moose Creek were difficult for her grandmother in ways that affected her mental health and family relationships — perhaps even influencing the emotional distance Lee felt from her own mother.

“Whatever happened there that made our relationship distant and difficult, the same land allowed us to find closure and intimacy,” Lee said.

The respect and appreciation Lee developed for the wilderness comes out in her descriptions of big personalities, bold actions and small encounters — like one with a marten — that somehow transcend the moment. “I do think there is a spiritual, supernatural, mystical aspect to the wilderness. I decided to let that be part of the book,” Lee said “To ignore that would not do the place justice.”

Writing the book as memoir has been like going into the wilderness itself, she said. It forces you to face things you’d rather not. You have to open yourself to it and let it do its work.

Maybe that’s why the book unfolds a bit like life, Lee said. It’s not one straight, long road, but a narrow trail that wanders and offers forks for those who are curious to see where it might lead.

Two book release events scheduled for “Remote,” prior to the COVID-19 pandemic and resulting shutdowns, will be rescheduled at a later date.