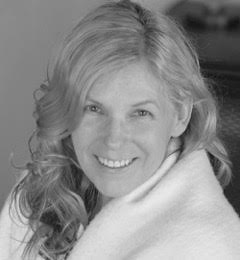 D.J. Lee, BEI Scholar, recently wrote an essay on the Svalbard ice cores, a long-ago research trip to Oxford, with her companion artist Caroline Landau. The essay was published in both print and digital. Read the original essay here!

“I love this one, it’s so clear and beautiful,” Caroline says, holding a football-sized piece of ice that looks like a chunk of glass. Her hands are bright red, and I’m surprised that she isn’t wearing gloves. Behind us, Lilliehöökbreen, a large tidewater glacier, glows in stripes of pink, amber, and turquoise under the late October sky. “But this one”—Caroline grabs another piece—“has amazing textures. Look at those ripples.” I squint at the corrugated surface. It’s as if the water has carved its subtle movements onto the ice. She places the ice in a plastic bucket and fills it with blue goo—alginate mold-making material.

Caroline and I are on board the Antigua, a traditionally rigged tall ship specially outfitted for sailing in the high Arctic, including a modern diesel engine. We’re part of the Arctic Circle Artist Residency—thirty artists from every part of the world sailing the west coast of Svalbard toward the North Pole while working on individual and collaborative projects. Caroline, a glass sculptor, and I, a writer, have teamed up. I’ve been keeping track of her throughout the voyage, asking questions, making notes.

A few days later, we’re moored in front of another glacier, Fjortende Julibukta, in a fjord choked with ice. Caroline and I stand on deck under the foremast, a sharp breeze blowing against our cheeks. By this time, the blue goo has hardened and the ice has melted, leaving a void into which Caroline pours hot wax. When I ask her to explain her process, she says she’ll take these molds back to her glassblowing studio in San Francisco and use them to create replicas. “I’m making archives of the ice,” she says, “because it’s disappearing.”

Archive. The word catches my attention. I’ve spent a good deal of my professional life in archives, and when Caroline says the word, suddenly I’m twenty years younger and sitting in the Bodleian Library in Oxford under stained glass windows, sifting through the original manuscript of Mary Shelley’s 1818 novel Frankenstein. Most people associate that novel with the mad scientist Victor Frankenstein and his monster, whom Victor pieces together from random body parts. But I was more interested in how Shelley warns readers about the dangers of unchecked science and technology. Frankenstein is a classic egomaniac, his thirst for knowledge rapacious, his sense of responsibility all but absent. As soon as he sees the creature he has made, he turns away in horror, a metaphor for what happens when our arrogance and greed replaces our care for one another. Frankenstein rejects his creature, and the creature in turn sets off on a murderous rampage.

Over the next few days, Caroline undertakes another archival process: painting wax directly onto other ice pieces to create shell-like structures that she’ll also use as molds.

One morning at six, we’re anchored at Farmbukta near the top of the Svalbard archipelago. I’m on deck marveling at the haystack-like rocks, dusted in snow, rising from the sea. I slip into the galley to fill my tea mug and find Caroline sitting at a table. She comes outside with me. “Our life right now!” she says, gesturing toward the full moon.

“I know.” I shake my head. This time of year, there is only six hours of daylight, but morning twilight purpling the horizon is so soft and dreamy it makes light seem unnecessary.

“To think I almost didn’t come on this trip,” she says.

When I ask what she means, she tells me that ten months earlier, she had a terrible accident. She’d been training to do big mountain competitions in Lake Tahoe, and one day while skiing she hit a crevasse, flipped skyward, cartwheeled a couple of times, and then hit the ground, shattering her leg and ankle. Multiple surgeries, months of casts and heavy plastic boots, and endless checkups and physical therapy followed. “But the hardest part,” she says, hands wrapped around her mug, “was learning I was never going to get anywhere by racing my way through life. I had to slow down. I had to ask for help. I had to let go of ego and let people see me as broken.”

Frankenstein’s monster starts with a broken body, but his spirit is broken over time as he desperately cries out for human connection and finds no one willing to help him. In the end, Mary Shelley sends him to what must have been to her the most hostile and yet sublime place imaginable, the North Pole, where he sets himself on fire in despair. One reason I was so drawn to Frankenstein twenty years ago, is that the book begins and ends on board a ship sailing toward the icy north. In the late eighteenth century, as I learned in those Oxford archives, Britain sent dozens of expeditions to locate the Northwest Passage and study terrestrial magnetism, and many believe Shelley used Constantine Phipps’s 1773 journey along the coast of Svalbard as a source text. I couldn’t have known then that one day I’d be traveling the same route. But throughout the voyage, the coincidence has me wondering about the power of archives to suggest a destiny.

Caroline isn’t the only one making archives of ice. Before embarking on the Antigua, I learned about the climate archives scientists are creating from ice in Svalbard. Drilling hundreds of meters into glaciers in the north, glaciologists from the Norwegian Polar Institute have extracted ice cores. By analyzing the air bubbles in those cores, they can “read” historical atmospheres. They can, for example, see the eruptions of Iceland’s Laki volcano in 1783, the Siberian nuclear tests in the 1950s, and the Chernobyl disaster in 1986. They can sift through climates from a thousand years ago, since before the Vikings, although no one knows if the Vikings landed on Svalbard. Ice archives, in fact, are some of the most important tools we have for figuring out climate trends. These archives can tell us that Svalbard is much warmer today than it was when Shelley wrote Frankenstein.

A few weeks later, the Antigua lands in Longyearbyen, Svalbard’s major city—although it is only one block long—where our journey began. I run into Caroline at the post office mailing large crates full of her wax molds along with jars of meltwater from each glacier where she collected ice.

Back home in the United States, Caroline and I are in constant communication. I’m in Washington, and she’s in San Francisco, but she lets me watch via Skype as she flashes a pipe laced with molten glass in the fire, rolls it along a table, folds it between the molds she’d made from the ice, until I see the life of the glacier manifest in the very act of sculpting.

“You wouldn’t know it,” she says during one of our phone conversations, “but glass is the most reasonable material. It follows gravity. You can elongate it, swing it out, and condense it. Every tool that you use can leave a mark on the glass, and in that way, glass records history.”

I ask her what kind of history she’s recording.

She tells me that she’s chronicling the history of loss but also a possible future. “The empty glass,” she says, “represents the egoless self, transparent and vulnerable.”

Debbie Lee is a Regents professor of English at Washington State University.