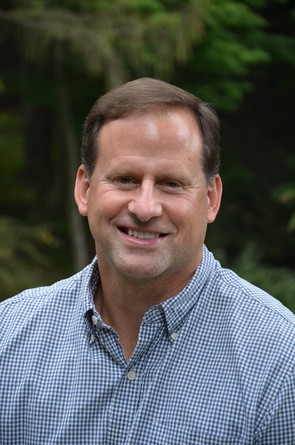 BEI Emeritus Fellow Todd Davis has published his SEVENTH poetry collection, Coffin Honey. You can purchase the publication NOW at this link! Read on to learn more about the collection, and hear its rave reviews!

In Coffin Honey, his seventh book of poems, celebrated poet Todd Davis explores the many forms of violence we do to each other and to the other living beings with whom we share the planet. Here racism, climate collapse, and pandemic, as well as the very real threat of extinction—both personal and across ecosystems—are dramatized in intimate portraits of Rust-Belt Appalachia: a young boy who has been sexually assaulted struggles with dreams of revenge and the possible solace that nature might provide; a girl whose boyfriend has enlisted in the military faces pregnancy alone; and a bear named Ursus navigates the fecundity of the forest after his own mother’s death, literally crashing into the encroaching human world. Each poem in Coffin Honey seeks to illuminate beauty and suffering, the harrowing precipice we find ourselves walking nearer to in the twenty-first century. As with his past prize-winning volumes, Davis, whose work Orion Magazine likens to that of Wendell Berry and Mary Oliver, names the world with love and care, demonstrating what one reviewer describes as his knowledge of “Latin names, common names, habitats, and habits . . . steeped in the exactness of the earth and the science that unfolds in wildness.”

Reading Todd Davis’s gorgeous poems, you can’t help but feel that the capacities of human vision, and also our appetite for exactly this way of seeing and naming, have been mysteriously, precisely increased. —Jane Hirshfield, author of Come, Thief and The Beauty

Todd Davis is one of America’s most capacious and imaginative poets. He has an unparalleled ability to weave a new history from the immediate, meditating on the natural world with imagistic elegance and lyric dignity. In his exquisite seventh book Coffin Honey, Davis is in tune with both the mundane and the spiritual in revelatory ways. Every poem here teaches us something more about need, something more about compassion, and the nuanced violence we encounter in between.
—Adrian Matejka, author of Somebody Else Sold the World

“All prey is ensouled . . . their souls are snared in the same sprung trap,” Davis declares in Coffin Honey. In his seventh, perhaps most daring book to date, Davis invokes the geography that marks his distinctive voice in an array of dramatic monologues, character-driven narratives, and lyrics that brim with emotional complexity, social and historical witness, and sonic richness. Ursus, actual bear and as spirit, is a guide and moral compass in this constellation of poems that deftly exposes the precarity of our existence and the violence we enact on one another and the environment. In Coffin Honey, Davis delivers riveting, gut-wrenching poems, artfully pitched between elegy and hope for our collective past, present, and future. —Shara McCallum, author of No Ruined Stone

Line by line, poem after poem, Coffin Honey delights with its music, energy, and revelations. Todd Davis depicts a vanishing rural world, but he never sentimentalizes the place and its people. He is an immensely talented poet, one of our country’s best.—Ron Rash, author of Serena

“Many poets feel that they know the natural world, but Todd Davis has absorbed this world fully into his heart and mind. He is a fine, rare poet.”—Jim Harrison, author of Legends of the Fall and The Shape of the Journey