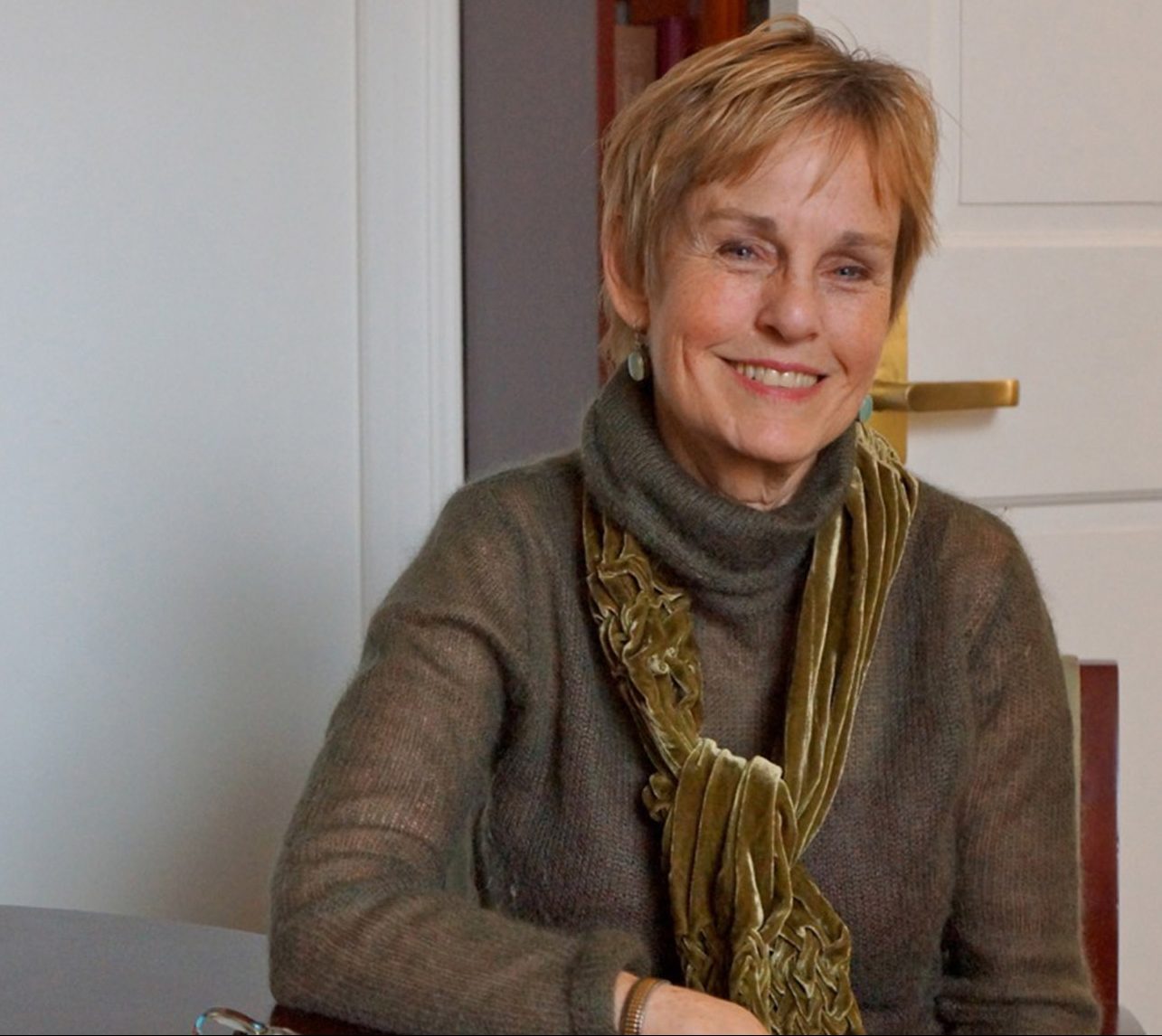 Author Ann Fisher-Wirth reminds us of the importance of literature and community when times are at their most challenging.  Read her newly published essay now!

But What If We Started Listening?

For the past couple of years, I’ve been feeling like a deer in the headlights of a Mack truck, so overwhelmed by environmental and political awfulness that I don’t know which way to turn. I’m writing and publishing poetry—some of it about the current political situation—but even the most powerful poem cannot change the course of events as I wish it could. I’m besieged by requests for money from political and environmental organizations, over e-mail, in the snail mail, on the phone—as many as thirty requests a day—and the thing is, all of them are legitimate, all of them are important, but they cancel each other out. Click . . . click . . . ; I erase them. Rip . . . rip . . . ; I recycle them. I flinch when the home phone rings, refusing to answer lest it be another robocall. I’m spending way too much time watching Netflix detective shows, playing Words with Friends, and working my way through the five-hundred-puzzle New York Times crossword book that I inherited not long ago from my beloved hoarder sister. My attention span is frazzled. Every time I pick up a book that might lay claim to my intelligence, antsiness and exhaustion besiege me. Sometimes when I try to write, I am paralyzed by self-mistrust and self-condemnation: Given the present state of affairs, who am I to have anything to say?

I would not be surprised if many of us are feeling this way.

It began before Trump of course, this callousness toward human lives, this devastation of so much in the natural world that we hold dear—but it has been escalating, and by now we face the possibility of chaos and loss far beyond our imagining. I direct the Environmental Studies program at the University of Mississippi, and every spring I teach a required gateway course, ENVS 101, Humanities and the Environment. When I started teaching this class, I could tell my beautiful, fresh-eyed students, “Studies indicate that if we do not do A, B, or C, within the next twenty-five years, X, Y, and Z will be the result.” Now, I have to tell them, “within ten years. Or maybe five years—because in fact the studies reveal that the situation is worse, and is progressing faster, than had previously been reported.” I have six grandchildren, eight months to twelve years old. At seventy-one, I won’t be around forever to see what happens to the world. But what will life be for our students, our children, our grandchildren, facing this future?

Still, paralysis is useless, and despair, I was taught when I studied medieval literature, has long been considered one of the gravest sins against the Holy Spirit. Though I do not belong to any church, I have always experienced existence as shot through and through with the holy—a spirit that lies far deeper than the anxiety and dread that seem to characterize many aspects of our present times. And for me, perhaps another name for that is deep beauty.

Once I saw a dogwood tree in full bloom at the edge of a forest. I have seen hundreds, thousands, of dogwood trees—but this was different in that, for the first time ever, something in me opened to the strange deep otherness of nature. Perhaps it was different because the tree was the only thing flowering against an intricate wall of green, and so it pulled my attention toward it. Perhaps it was different because I was newly in love and my heart was stripped raw to everything around me. Whatever the cause, it offered itself fully to my field of vision. For a moment, I wanted to leave everything else behind and wander off into whatever realm of consciousness could leap over the barriers between human and other-than-human forms of existence. As if such a thing could be.

In her book of essays Madness, Rack, and Honey, the poet Mary Ruefle writes: “What beauty is is the ability to apprehend it. The ability to apprehend beauty is the human spirit and it is what all such moments [of being surprised by beauty] are about, which is why such moments occur in places and at times that may strike another as unlikely or inconceivable, and it does not seem far-fetched to say that the larger the human spirit, the more it will apprehend beauty.”

Ruefle describes a certain kind of poet who wanders about in “a diffuse religious awe . . . forever in a stupor.” I don’t want to be that poet. I don’t want to be that person. But I want to speak up for the enduring beauty that lies deeper than despair—that surprises us when we least expect it. Experiencing it reminds me that the world is infinitely larger, deeper, and stranger than I ordinarily perceive it to be. I am briefly spellbound. And that gives me courage to love and protect it.

This call for essays about “deep beauty” could not come at a more important time. It is, I think, a call to look beneath or beyond exhaustion and devastation, to rediscover what gives freshness and value to our individual lives—not only for ourselves but so that we may be heartened to act energetically out of justice and compassion. It is a call to eschew the feeling of defeat.

Once I watched a baby being born who did not breathe, who lay white and still on the little table where the nurses rushed to give her oxygen. Thankfully, after no more than a few seconds, she turned pink, moved, cried—and we who loved her so much could welcome her into the world of the living. But just briefly, I saw her there as if at the edge of a great forest, and I saw her slipping away from us into woods that stretched forever, that place of vanishing that we call death. I had lost my own first child forty years before. She floated dead in me for five days between Thanksgiving and the end of a bleak November, and is buried on a hill in California, at my father’s feet. When my own baby was born, I had no sense of vision—only brutal, unending grief. Seeing this baby, who had brushed against that infinity into which my child had gone, but who turned away toward life, healed something in me. In that room, there was awe, there was silence.

If the doors of perception were cleansed every thing would appear to man as it is, Infinite. For man has closed himself up, till he sees all things thro’ narrow chinks of his cavern.

—William Blake, “The Marriage of Heaven and Hell”

Come, my beautiful vulnerable people, tell me your story and I will tell you mine.

We are so heavy-hearted, facing the loss of all that we hold dear.

We schlep and groan, our feet hurt, our hips hurt, our ribs and necks and backs hurt, we’re only a few decades for this world.

It’s disheartening, like a sink full of mud, the thought of pulling this carcass through one more day.

And what, when the birds are gone? When the last spring peepers have cheeeeeeeee-ed in the marshy fields?

But what if we started listening again to the voices that instruct us. Treat each other gently, love the earth and love each other. Wave your arms and spin with joy, like the angelic midges, for music streams from the leaves, hallelujahs in the sunlight, and you are wide-eyed, visionary, and the day like flame.

Lately I have been trying to take hold—and one way I have been doing it is to focus on my yard. I no longer think of Voltaire’s dictum at the end of Candide, “Il faut cultiver notre jardin,” as simply escapist or defeatist. Instead, I see it now as one way of making contact, sinking back into fruitful labor, finding and honoring the ground.

In Mississippi in summer, bamboo, wisteria, and privet grow faster than you can say “jackrabbit”—and though it is still technically spring as I write this, global warming has given us an earlier, longer, hotter summer each year. I traveled a lot during the past few months, and the yard became completely neglected. By May, when my school year ended, the yard was a jungle and the raised bed garden in which I used to take such joy was a mass of dead soil, reeds, and weeds. I hired two graduate students to help me, and over the course of several mornings we licked it into shape, mowing, weeding, pruning the hedges, cutting back privet, untangling wisteria that twined up the Peace rose, hacking bamboo that grew eighteen inches a day, creating a pile of rubbish as high as my hips for the city to collect. Pruning the spirea enabled two spindly, blood-red rose bushes to bloom again. Weeding a couple of areas opened up room for the Japanese irises that I thought had been dead for years. Then my husband hauled compost and mulch, and I planted tomatoes, basil, hostas, ferns, impatiens, marigolds, dianthus—some for shade and some for sun. Who knows what will thrive, what will sicken, and what will feed the bugs and deer. Between ticks, chiggers, mosquitoes, insidious poison ivy, and the heat that wrings you out, it’s hard to get outside and keep things in shape. But that’s okay. I putter around, trimming some wisteria here, pulling a vine there, wondering how to keep the rose leaves from blackening with fungus yet again. It centers me. It gets me out of my head. It’s my carnal meditation on birth and death and time. And it shows me how, when the heart and imagination are alive, beauty resides in every moment.

Once my husband and I wandered into the chapel of the Cistercian Abbey outside Fribourg, Switzerland, at Hauterive. We had happened upon this abbey on a five-hour get-lost walk during the year we lived in Switzerland, and every time we returned to visit we made the walk again. Usually the place was silent and we saw no one except a large friendly dog; we’d walk around the grounds for a few moments, then circle the outside of the walls, and start back up the mountain trail. This time, though—a hot June afternoon—the doors to the chapel were open, so we went inside and sat down alone in the profound darkness. As we rested from the heat, monks began to slip silently into the chancel one by one, soon becoming invisible behind the screen. Nothing happened. Then a voice rose in Gregorian plainsong. Other voices joined, rising and falling in the darkness for what seemed nearly an hour. Then, as silently as they’d come, they departed. And we departed—back out to the sun, the shaggy abbey dog, the mountain’s shadows over the river.