Posted on May 9, 2019 Posted By: BEI InternsCategories: News 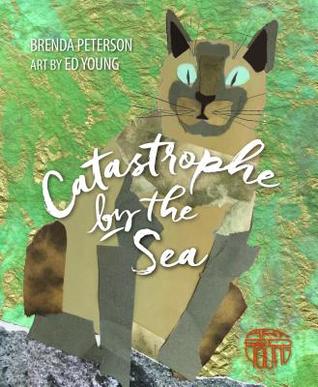 Told through striking and vibrant mixed-media collages, Catastrophe by the Sea is a poignant story of redemption through empathy and compassion found in the most surprising places, and also provides a rich understanding of small creatures that live in a dangerous tidal zone.

A lost cat roams the tide pools, pawing relentlessly at the small creatures that live there. One day an anemone confronts him and asks why he is alone and befriends him. In partnership with the Seattle Aquarium, Catastrophe by the Sea delivers a powerful message of finding understanding and friendship, and at the same time educates on the varied wildlife brimming in tide pools.  Check the book out here!

Brenda Peterson is the author of over 20 books, her first memoir Build Me an Ark: A Life with Animals, chosen as a “Best Spiritual Book of 2001,” to three novels, one of which, Duck and Cover, was chosen by New York Times as a Notable Book of the Year. Her second memoir, a dark comedy of family and faith, is I Want To Be Left Behind: Finding Rapture Here on Earth; it was selected by The Christian Science Monitor among the Top Ten Best Non-Fiction Books and chosen by independent bookstores as an Indie Next and a Great Read.
Her non-fiction has appeared in numerous national newspapers, journals, and magazines, including The New York Times, Chicago Tribune, San Francisco Chronicle, Seattle Times, Reader’s Digest, Christian Science Monitor, O: The Oprah Magazine, and Utne Reader. Oprah.com featured her Your Life is a Book: How to Craft and Publish Your Memoir. Her new kid’s are Wild Orca and Lobo: A Wolf Family Returns Home. Her website: www.BrendaPetersonBooks.com