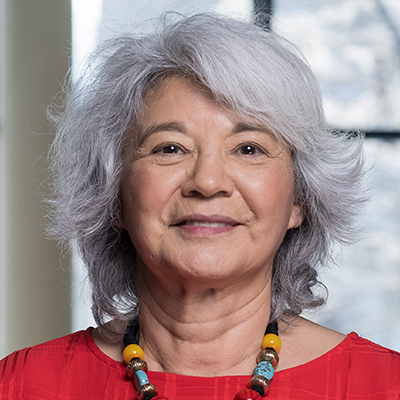 This article was originally published in usask.ca.  Louise Halfe is a BEI Emeritus Fellow.

Born on the Saddle Lake Reserve in Two Hills, Alta., Halfe is the ninth poet to hold the position and the first to hail from an Indigenous community.

“My dream is that poetry will be given the same stature as that of the novel. It is a privilege to bring the First Peoples’ voices and stories, poetry and whatever genre they are bringing to life, to the forefront. Thank you for this gift.”

“We are proud of Louise Halfe’s tremendous accomplishment with this appointment,” said USask President Peter Stoicheff. “But we are even prouder to have Louise be a part of the USask community, sharing her knowledge, perspective and incredible life experience to benefit so many students, faculty and staff at our university. I offer her, on behalf of USask, our heartfelt congratulations on this significant achievement.”

Having served as an Elder for the Gordon Oakes Red Bear Student Centre since 2016, Halfe provides support to USask students, staff and faculty, and provided guidance and knowledge towards the creation of USask’s Indigenous Strategy.

In 2001, she became the first Indigenous poet to have her work included in a standard Canadian poetry anthology, and now, according to one of her nominators, it would be “unthinkable” for her work not to be included in any general anthology of Indigenous writing in Canada. Halfe has participated as an instructor in university courses, and as a speaker and reader at numerous conferences, workshops and literary festivals in Canada and abroad.

In 2019, Halfe received an Honorary Doctor of Letters from USask, one of the highest honours the university can bestow.