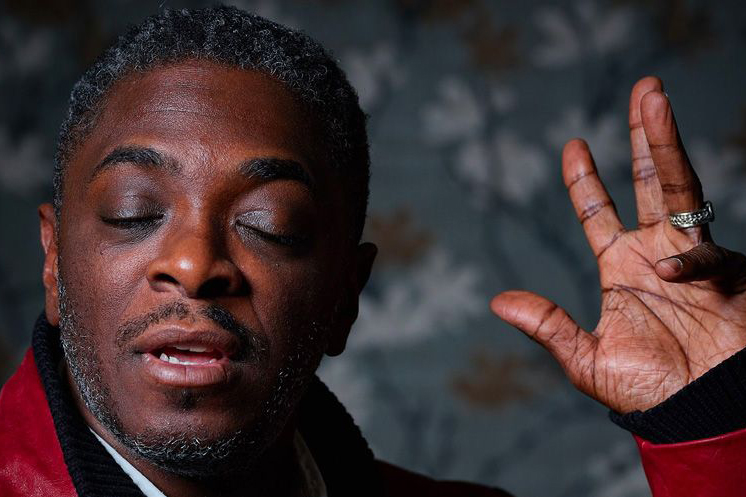 Literary Performer, Regie Gibson, has lectured & performed in the U.S., Cuba & Europe. In Italy, representing the U.S., Regie competed for & received both the Absolute Poetry Award (Monfalcone) & the Europa en Versi Award (LaGuardia di Como). Himself & his work appear in “love jones”: a feature-film based on events in his life. He is a former National Poetry Slam Champion, has appeared on HBO’s Def Poetry Jam, various NPR programs, has presented at several TED X events & has been nominated for a Boston Emmy. He’s received the Walker Scholarship, a Mass Cultural Council Award, the Lexington Education Foundation Grant, a YMCA Writer’s Fellowship & the Brother Thomas Fellowship from The Boston Foundation as well as Two Live Arts Boston Grants for the production of his first musical “The Juke: A Blues Bacchae” in which he uses the ancient Greek myth to explore African American music and spirituality. Regie has served as a consultant for the NEA’s “How Art Works” initiative & the “Mere Distinction of Color” exhibit at James Madison’s Montpelier home which examines the legacy of slavery & the U.S. constitution. He is one half of the duo, Shakespeare to Hip-Hop: An education and performance vehicle integrating the performance and study of classical and modern texts into English curricula. He teaches at Clark University and works with members of the Red Cross-Red Crescent Climate Center (Hague, Netherlands) to craft language regarding issues of climate change.