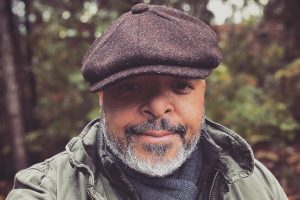 Gerald L. Coleman is a philosopher, theologian, poet, and Science Fiction & Fantasy author. He was born in Lexington and now makes his home in the Atlanta area. He did his undergraduate work in philosophy, english, and religious studies, followed by a master’s degree in Theology. He is the author of the Epic Fantasy novel series, The Three Gifts, which currently includes When Night Falls (Book One), A Plague of Shadows (Book Two), and the upcoming When Chaos Reigns (Book Three). His poetry has appeared in: Pluck! The Journal of Affrilachian Arts & Culture, Drawn To Marvel: Poems From The Comic Books, Pine Mountain Sand & Gravel Vol. 18, Black Bone Anthology, the 10th Anniversary Issue of Diode Poetry Journal, About Place Journal, and Star*line Vol. 43, Issue 4. His speculative fiction short stories have appeared in: The Cyberfunk Anthology: The City, the Roaring Lion Anthology: Rococoa, the Urban Fantasy Anthology: Terminus and Terminus 2, the 2019 JordanCon Anthology: You Want Stories?, Dark Universe: Bright Empire, Cyberfunk! by MVMedia, the JordanCon 2022 Anthology: Neither Endings Nor Beginnings, and Whether Change: The Revolution Will Be Weird. His essays appear in the polish language Con-Magazine: KONwersacje, Apex Magazine 127, and the Hugo nominated Fanzine: Journey Planet. He has been a Guest Author at DragonCon, Boskone, Blacktasticon, JordanCon, Atlanta Science Fiction & Fantasy Expo, SOBSFCon, The Outer Dark Symposium, World Horror Con, Imaginarium, and Multiverse. He is a Scholastic National Writing Juror, a Co-founder of the Affrilachian Poets, an SFWA member, a Rhysling Award Nominee, and a recipient of The Hero of the Horn Award at JordanCon. He is currently working on new editions of When Night Falls, A Plague of Shadows, and writing book three in epic fantasy series – entitled, When Chaos Reigns. You can find him at GeraldColeman.com.