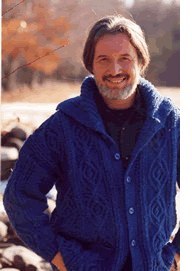 The moon’s shadow struck La Pinta, the northernmost island of the Galápagos Archipelago that straddled the hemispheres six hundred miles west of Ecuador. A giant saddleback tortoise stretched its long, leathery neck to reach the prickly pear, snapped the stem between its jaws, and devoured it. The last of his kind, he had at least this advantage: no one knew it, yet. As the shadow glided over his dark carapace, the earth’s rarest living being disappeared into the glade.

The moon bit the sun’s cheek as the shadow sped east at two thousand miles per hour, a ninety-mile wide wall of darkness that slashed from the southwest Pacific through the northeast tip of Nova Scotia  and witnessed by sixty million people. Countless lined the beaches, highways, and cliffs to view the three-minute totality of the eclipse, as the solar winds flared the sun’s pearly corona into butterfly’s wings against the deep violet sky. Venus and Mercury winked in, a pair of diamond earrings on either side.

The shadow scarfed from La Pinta to Punta Escondido along the western coast of Mexico. The moon swallowed the sun: darkness at noon. Chickens, dazed, returned to roost, and slept. Bats flew out from eves and caves frightening the amateur photographers, and scientists who had come with their telescopes and recording instruments. The children in the village shouted and began to sing.

In Eclipse, Virginia, ‘Woodstock-type hippies’ were prevented from crossing the drawbridge to the banks of the Chukatuck River to stage an Eclipse ’70 Festival. The town council had hastily passed an ordinance titled “Not In Our Backyard,” refusing admittance to persons who “advocated the overthrow of the federal government, were disrespectful to the flag, or who had long hair.”

Two hundred members of the Youth International Party, otherwise known as Yippies, met similar resistance dropping acid on the ferryboat to Nantucket Island for a “Trip the Eclipse” party. They were not permitted to disembark and were returned to Woods Hole. On the return voyage one had a vision: Why not charter a boat and sail it into the path of the eclipse?  The idea of intercepting totality at sea was born.

“A ninety mile band of total darkness is just minutes away from the shores of this country,” announced Frank Reynolds on ABC-TV News. There would be an hour-long special covering the signature event.

“The eclipse of the century—Earth in the shadow of the Moon,” said Charles Kurault on CBS News. “We now take you aboard Air Force 376 forty thousand feet above the North Atlantic as it races with the leading edge of the totality.”  Through the window of the B-51, the inhabitants of earth gasped, as the jet’s silver wings were painted black.

Higher above, at 22,300 miles in a synchronous orbit position above the equator, NASA’s ATS-3 satellite recorded images which would soon grace the covers of the print media around the world. Back on earth, Ron Pasternak was snapping photos for the arts and culture magazine, Boston After Dark. When he developed them a deeper truth was revealed. He picked up his pen, and wrote: The photos pale in comparison to the images burned into my mind’s eye, and turned in an essay instead.

If there was a prophetic significance to the eclipse, it came from the mouth of a child in New Haven, Connecticut:

“He saw a Black man’s hand reaching over the sun,” said thirteen year old Robbie Jones Washington in answer to his teacher’s question, What did Nat Turner see when he looked up at the total eclipse on February 12, 1831?

Connie Matthews, who taught in the Black Panther’s Free School, never missed an opportunity to bring down—or in this case, to lift up—the learning experience to the children’s level. What Turner did with what he saw was another matter. That would take some explaining, but she relished the task. At least these children would not have to unlearn what she had been taught when she was their age.

“Come on, now y’all. Let’s go outside for today’s lesson. The sky is about to become one big blackboard!”

Shouts and squeals from the children as they rustled from their desks, each one clasping a small rectangle of welder’s glass, dark as obsidian, through which to safely see the rare event.

The Black Panthers couldn’t have asked for a better object lesson for what they were all about.

Soon it was done. The moon slid off the sun. Its shadow skimmed Little Duck Pond along the coast of Newfoundland, and disappeared into the Labrador Sea. Those who witnessed the total eclipse returned to their affairs. It was the seventh of March 1970. There would not be another like it until the third decade of the new millennium.