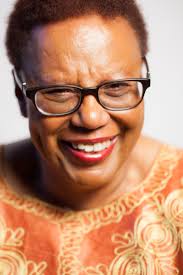 I am a lover of bridges, so they have angled their way into this workshop description, and why not? We cross bridges every day both mindful of their structure, and yet also indifferent. But without structure from the materials that hold up the bridge, there would no bridge, no crossing, no journey and no way to get to the other side.  Poems transport.  Poems move.  And the structure of poems are often mindfully made or seemingly done unconsciously.  This workshop will focus on how the poet decides to structure poems: using conventional or traditional forms or more open ended formal devices?  Poems from limericks to Olsonian odes have elements that shape the work.  Each poet will generate new work and explore the ways the poem could be made in two or three different ways as method to discover which structure best works for the poet and poem.  Contemporary poetic practices allow for great diversity in work, but whether you’re writing a villanelle or exploring hybridization–words, space must find a way to hold together so a diverse range of poets and poems will be used as models and prompts.  This summer take a stroll on the symbolic bridge of poetry and find how he cables hold and which girds remain or where the pylons need major adjustment.  Come, hold your poems together.

Patricia Spears Jones is a poet, writer, playwright, cultural critic, and winner of the 2017 Jackson Poetry Prize from Poets & Writers. She is author of A Lucent Fire: New and Selected Poems (White Pine Press, 2015) which was Finalist for the PSA’s William Carlos Williams Prize and the Paterson Poetry Prize, and a featured Pushcart Prize winning poem.  She has 10 additional publications: poetry books, chapbooks and in anthologies such as Of Poetry and Protest: From Emmett Till to Trayvon Martin; BAX: Best American Experimental Writing, 2016: 2017 Pushcart Prize XLI, Best of Small Presses; Truth to Power: Writers Respond to The Rhetoric of Hate and Fear; and Angles of Ascent: A Norton Anthology of Contemporary African American Poetry.  She has received grants and awards from NYSCA, NEA, the Foundation for Contemporary Art, and the BAU Institute for residency at Camargo Foundation in France. She has been a fellow at Robert Rauschenberg Residency and at VCCA, Yaddo, and the Millay Colony. She is also a recipient of a Goethe Institute grant for travel in Germany in 1989. She is a Black Earth Institute senior fellow emeritus and organizer of the American Poets Congress. www.psjones.com

Register for Event: Patricia Spears Jones- Girds and Cables: What Holds a Poem Together