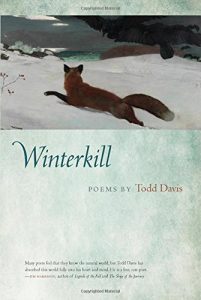 BEI Fellow Todd Davis will present a reading from his new book WinterKill at Saint Vincent College in Latrobe, Pennsylvania on October 21st.