Scholar Advisors serve the Black Earth Institute by helping set the intellectual agenda for annual meetings, which are dedicated to study of important theories, movements and individuals.  Past meetings have focused on the philosophy of George Lakov, commodification in the arts, the local foods movement, and other subjects.  Scholar Advisors serve for indefinite terms.

Arieahn Matamonasa, of Lakota and Menominee heritage, earned her PhD in clinical psychology from The FIelding Institute, with a focus on the prevention of violence.  She is a member of the interdisciplinary faculty at DePaul University in Chicago, where she teaches psychology, Native American studies, and cross-cultural communications.  She also works in Equine Assisted Therapy, using horses as co-therapists and researching the impact of such cross-species connections.

Cristina Eisenberg holds a BFA in Painting and an MA in Conservation Biology and Environmental Writing, and a PhD in Forestry and Wildlife. She has a post doctoral appointment at Oregon State University, where she teaches. She has also been appointed as a Smithsonian Research Fellow and a Boone and Crockett Club Professional Member. As a scientist she studies how wolves affect ecosystems throughout the American West. Her first book, The Wolf’s Tooth: Keystone Predators Trophic Cascades and Biodiversity, was published in 2010 by Island Press. Her second book, The Carnivore Way: Coexisting with and Conserving America’s Predators, will be published in May 2014, also by Island Press. She is the nonfiction editor of the literary journal Whitefish Review. Her work has been published in a variety of scientific and literary journals and books.

Liam Heneghan, an ecosystem ecologist, is Professor of Environmental Science and co-director of DePaul University’s Institute for Nature and Culture.  His research has included studies on the impact of acid rain on soil foodwebs in Europe, and on inter-biome comparisons of decomposition and nutrient dynamics in forested ecosystems in North American and in the tropics. Over the past decade Heneghan and his students have been working on restoration issues in Midwestern ecosystems. Heneghan is co-chair of the Chicago Wilderness Science Team.  He is also a graduate student in philosophy, a part-time model, and an occasional poet.

Mary Jo Neitz, professor of Women’s and Gender Studies at the University of Missouri, recently served as President of the Association for the Sociology of Religion and has chaired the section on the Sociology of Religion within the American Sociological Association. She is the author of Charisma and Community; Culture: Sociological Perspectives (with John Hall); and Sociology on Culture (with John Hall and Marshall Battani).  She edited Feminist Narratives and the Sociology of Religion (with Nancy Nason-Clark) and Sex, Lies and Sanctity: Religion and Deviance in Contemporary North America (with Marion S. Goldman). A practicing ethnographer, she also teaches and writes about feminist research methodologies.  She grew up in Montana and maintains a love of the high plains and the Rocky Mountains.

Kathleen Jenks has a Ph.D. in Religious Studies from the University of California, Santa Barbara. For nine years she taught in the Mythological Studies Program at Pacifica Graduate Institute in California. Now retired and relocated in her home state of Michigan, she works as a writer, a consultant in myth, religion, and psychology, and webmistress of Myth*ing Links, her award winning site devoted to mythology, lore, ritual, sacred arts, and environmental issues.

Kerry Trask is professor emeritus of history with the University of Wisconsin Colleges.  A native of Canada, he has particular interest in the early history and development of the Great Lakes. Trask is the author of three books: In the Pursuit of Shadows: Massachusetts, Millennialism, and the Seven Years War; Fire Within: A Civil War Narrative from Wisconsin, winner of the Wisconsin Writers Council Nonfiction Book Award; and Black Hawk: The Battle for the Heart of America, which was awarded the Benjamin F. Shambaugh Award by the State Historical Society of Iowa and the University of Wisconsin Colleges’ Barrington-Musolf Faculty Research Award. Trask is a Fellow of the Wisconsin Academy of Sciences, Arts, and Letters. He lives in Manitowoc, Wisconsin, not far from Lake Michigan. 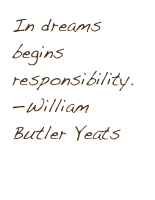